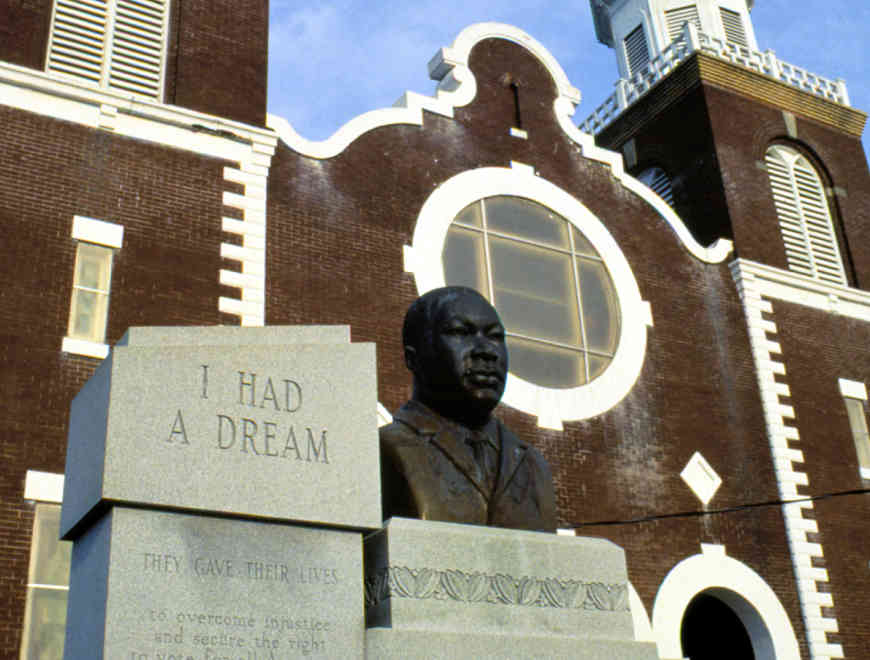 Brown Chapel
"The end we seek, is a society at peace with itself, a society that can live with its conscience. I know you are asking today, How long will it take? I come to say to you this afternoon however difficult the moment, however frustrating the hour, it will not be long." Dr. Martin Luther King Jr. on the steps of the Alabama State Capitol 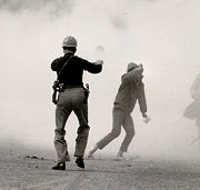 The Selma to Montgomery Historic Trail incorporates 54 miles of US Highway 80 into the living history of African-Americans' struggle for voting rights and equality. The byway is also a designated National Historic Trail with numerous interpretive and educational facilities along the route.

The first march of about 600 people began on March 7, 1965 at Brown Chapel in Selma. Just out of Selma they crossed the Edmund Pettus Bridge where they were teargassed and met stiff physical opposition from the Alabama State Patrol. The State Troopers were acting under orders from Governor George Wallace who had declared the march a threat to public safety and vowed to prevent them from reaching Montgomery by using "whatever means necessary." Many of the marchers were beaten badly in the melee and the march was forced to stop. That evening, brutal images of the attack were broadcast on the national news programs and people all across America saw what was happening in Alabama. Seventeen of the marchers had to be hospitalized after the police attack and Sunday, March 7, 1965 became known as "Bloody Sunday." 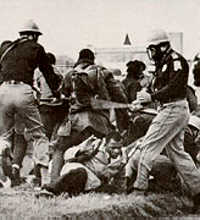 Two days later, Dr. Martin Luther King Jr. led a ceremonial march of about 2,500 people to Edmund Pettus Bridge and held a short prayer session there. Then on March 21, 1965, the marchers began again from the bridge and spent the next five days making their way to Montgomery. On the journey they were protected by 2,000 soldiers of the US Army, 1,900 members of the Alabama National Guard (under Federal command) and many US Marshals and FBI agents. On the steps of the Alabama capitol building on March 25, Dr. King delivered his famous "How Long, Not Long" speech to the 30,000 people assembled there. This was a major milestone in the Civil Rights Movement and the Selma to Montgomery Historic Trail is a living commemoration of that. It was a direct result of the Selma to Montgomery March that President Lyndon Baines Johnson presented the Voting Rights Act to Congress and the world saw the Act become law on August 6, 1965.

In 1994, the Reverend Jesse Jackson led another march over the Selma to Montgomery Byway in commemoration of the 29th anniversary of Bloody Sunday.

In the summer of 2020, the name on the bridge was changed from that of a white supremacist to that of a Civil Rights icon, John Lewis. That's him to the left of Rev. Jesse Jackson in the photo below. 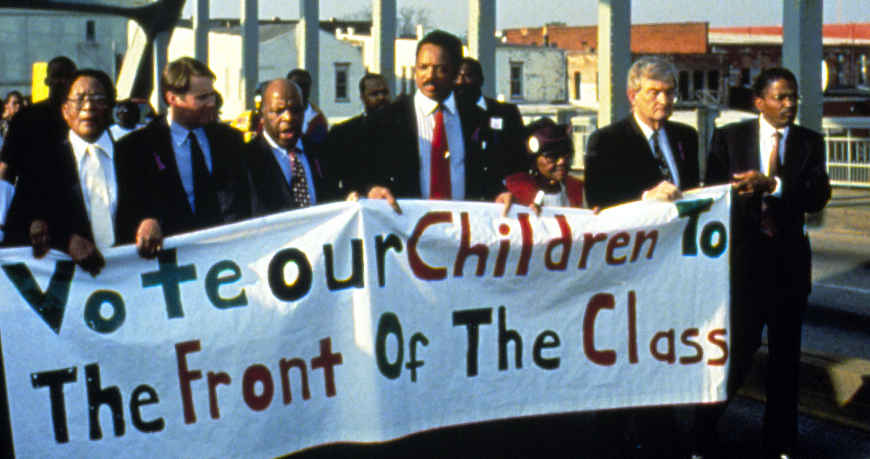 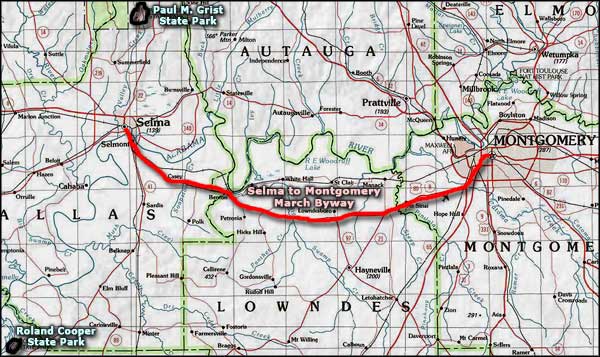