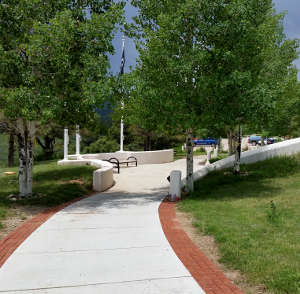 On May 22, 1968, Lt. David Westphall was killed while serving his country in Vietnam. In memory of their son (and all other Vietnam veterans), his parents, Victor and Jeanne, were inspired to create the Vietnam Veterans Memorial on their Val Verde Ranch in the Moreno Valley. Ted Luna of Santa Fe was the architect and he designed a structure "such that no person entering it could leave with quite the same attitude toward peace and war." Victor did most of the construction himself, using his own money. At times, when he really needed it most, people and resources would simply appear and help him to continue the work.

On May 22, 1971, Victor felt the work had progressed enough to have a dedication ceremony. In his dedication speech he said, "This memorial is for all Vietnam veterans (of both sides): the living, the dead, the maimed in body and spirit."

In 1977, the Disabled American Veterans began financial support of the Memorial. In 1981 the DAV Vietnam Veterans National Memorial, Inc. was formed and they raised $2,000,000 to support the Memorial and build a visitor center. Designed by Mark Barensfeld, the interior of the center vies with the chapel itself in its ability to inspire.

On November 13, 1987, the US Congress finally gave the Memorial the national recognition it so deserved. On a daily basis, the Memorial is visited by many veterans (of both sides) and their families. In the serenity of this place the horror of war is forgotten and the memories of those who participated, including some 58,000 Americans who died in one of the most controversial conflicts this nation has ever witnessed, can truly be honored. 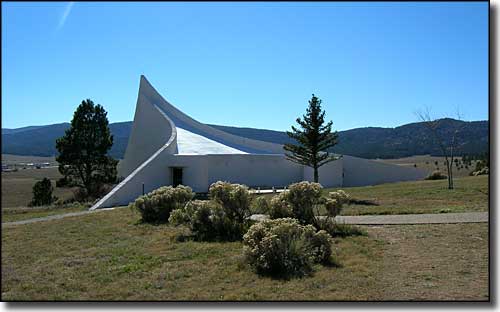 At the sight of the heavenly throne Ezekiel fell on his face,
but the voice of God commanded, "Son of man, stand upon your feet and I will speak with you."
If we are to stand on our feet in the presence of God, what, then, is one man that he should
debase the dignity of another?
by David Westphall, inscribed on the wall of the chapel

Entrance to the Visitor Center 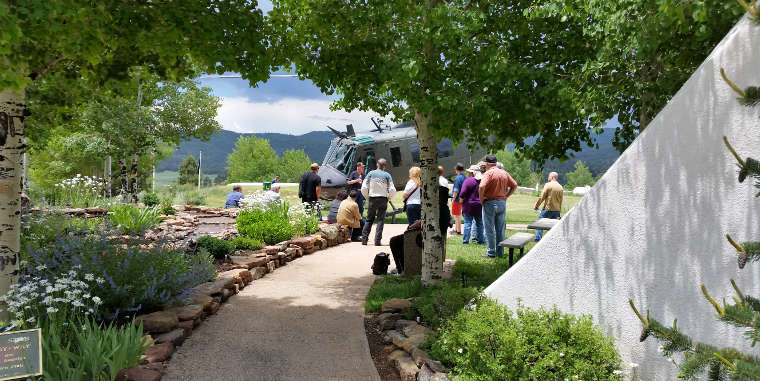 A guided tour at the Memorial
Photos courtesy of TheArmchairExplorer, CCA-by-SA 3.0 License