Orilla Verde is a BLM-managed National Recreation Area along the shores of the Rio Grande, down in the bottom of the gorge below the wide open mesas and steep canyon walls. There are a number of nice campgrounds and picnic areas in addition to many turnouts with easy access to the river for fishing and even for putting in rafts, canoes and kayaks. The main road in (State Highway 570) runs northwest out of Pilar and travels through the Gorge to the Taos Junction Bridge, where it becomes State Highway 567 as it crosses the river and heads west up the wall of the Gorge to the village of Carson and then on to US 285 between Ojo Caliente and Tres Piedras. The entire journey is paved except for that section of road west of the bridge and below the top of the gorge (and that section is a bit heavy with the washboard).

Most of the whitewater rafting companies pull their Taos Box customers out of the water just below the Taos Junction Bridge at the north end of Orilla Verde. Also at that same beach, some companies put rafts in the water for the gentle float through Orilla Verde to Pilar, where they pull out of the water again. Raft trips going further south usually put in at Pilar and pull out downstream at Velarde.

Orilla Verde draws many different species of animals due to the dramatic changes in elevation and the diversity of vegetation in the canyon. You'll find cougar, ringtail cat, mule deer, beaver, songbirds, prairie dogs, and raptors here. You'll also find evidence of thousands of years of human habitation: there are ancient petroglyphs and many other types of archaeological sites in the canyon.

The climate is semi-arid with thunderstorms often occurring in July and August. Snowfall is possible from October into April.

Orilla Verde has six developed campgrounds along the Rio Grande, each with drinking water, shelters and restrooms. There's a maximum of 8 people allowed per campsite and a 14-day stay limit. Primitive camping is allowed but only at designated sites. Because of swift currents and cold water, swimming in the Rio Grande is dangerous and not recommended. Fishermen will find German brown trout, native brown trout, rainbow trout, and northern pike in the river. Fishing here requires the usual New Mexico fishing license and Habitat Improvement stamp, plus a Habitat Management and Access Validation. All of these are available at the Rio Grande Gorge Visitor Center, just outside of Pilar before you enter into Orilla Verde. The section of the Rio Grande north from Taos Junction Bridge to Colorado is designated Special Trout Waters with special regulations in effect.

To get there: On NM 68 at Pilar, turn northwest on NM 570. At one time, Orilla Verde Recreation Area was the Rio Grande Gorge State Park but the state seems to have given the property over to the Bureau of Land Management. And as of sometime in 2013, the property has been incorporated into the newly minted Rio Grande del Norte National Monument. 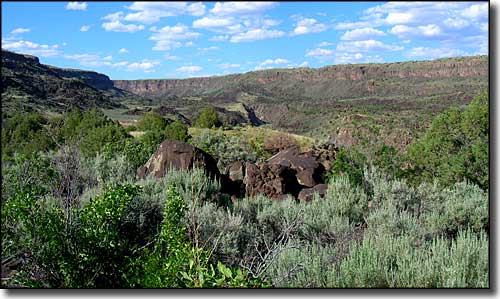 The canyon at Orilla Verde Recreation Area tends to be wide 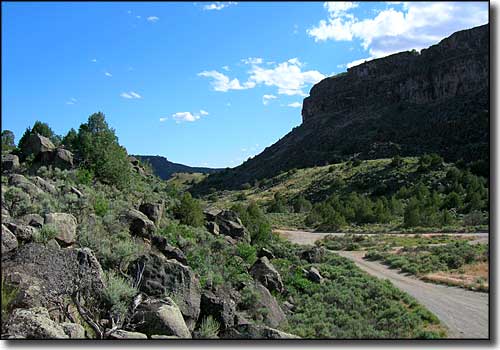 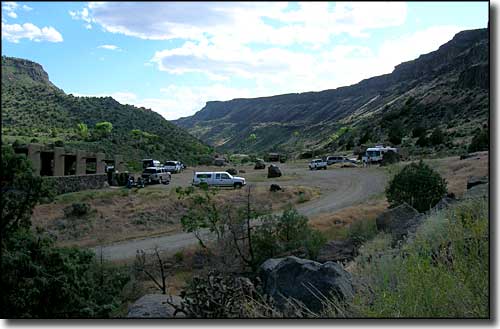 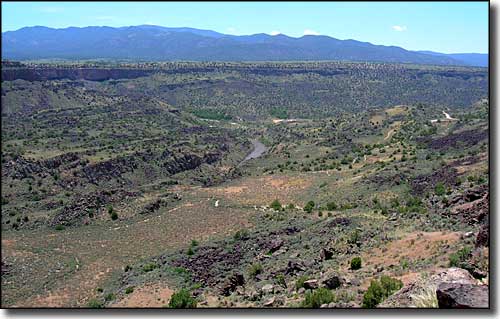