Crennelated rock formations along a ridge in the West Elk Mountains 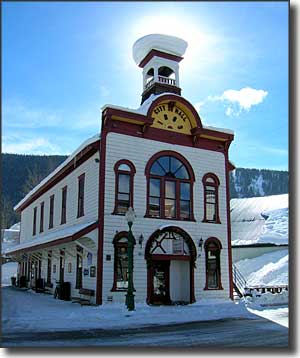 The West Elk Loop Scenic Byway is a 205-mile loop road around the West Elk Mountains. About 25 million years ago, the West Elk Mountains were part of the bulge of a huge shield volcano that spewed ash and debris all over this area of western Colorado. What we see now is what's left after the dome burst and the mountain shrank back into a giant caldera. At the heart of the West Elk Mountains is the West Elk Wilderness. To the north of the main part of the route is the Raggeds Wilderness and northeast of Crested Butte is the Maroon Bells-Snowmass Wilderness. Most of the forested area is split between the Gunnison, Grand Mesa and White River National Forests. In driving around the loop you'll also pass through the Curecanti National Recreation Area and by the access road to the north rim of Black Canyon of the Gunnison National Park. West of Crawford and Hotchkiss is access to the Gunnison Gorge National Conservation Area. North of Crested Butte is the Crested Butte Mountain Resort. This is a beautiful area with a lot of attractions packed in.

Crested Butte, Redstone, Somerset and Carbondale were originally founded as coal mining camps. Marble is at the location of Marble Mountain, the place where the marble that built the Tomb of the Unknown Soldier and so many other buildings in Washington, DC came from. Hotchkiss, Paonia and Crawford are farming and ranching towns. Gunnison was founded on the main route of the Denver & Rio Grande Railroad in the early 1880's but is now a ranching, government, education and tourism center. This is huge countryside with a shortage of people.

Except for the stretch between Crested Butte and Paonia State Park, the West Elk Loop is paved highway and is accessible year round. That dirt stretch, though, is closed from the first good snowfall usually into the following May. The aspen forest along that dirt road is probably the largest stand of aspens on Earth and is absolutely exquisite in the fall when the leaves start to change... 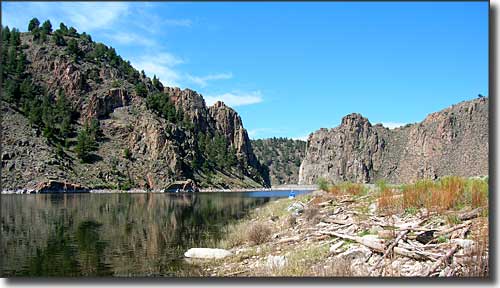 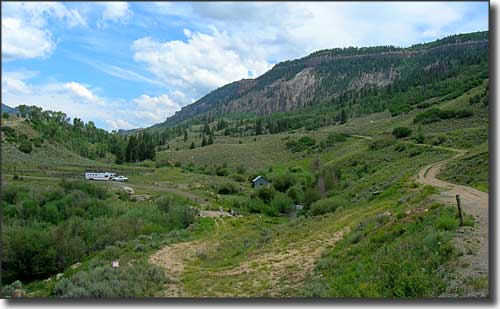 At Curecanti Creek, the dirt road leads into the West Elk Mountains 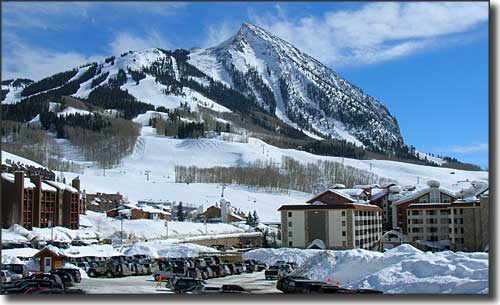 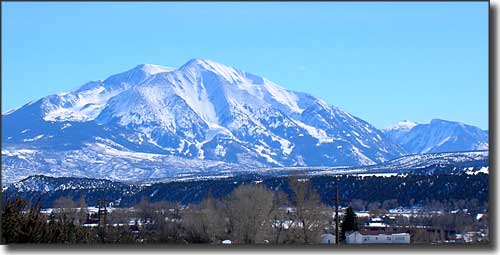