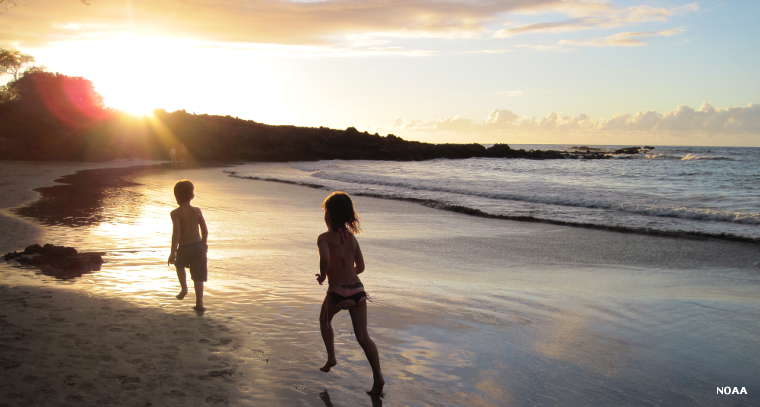 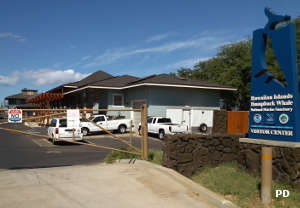 The Hawaiian Islands Humpback Whale National Marine Sanctuary is a 1,400-square-mile property spread across several non-contiguous parcels off the coasts of Maui, Hawaii, Oahu and Kauai. The boundaries of the sanctuary extend from the mean low tide water mark off-shore to a water depth of 600 feet. The sanctuary was designated as a place for research, education, management and long-term monitoring of the Pacific humpback whale population.The sanctuary is unique in the National Marine Sanctuary system in that it targets only one species, it has no protective rules (no no-wake zones, no no-take zones, no no-go zones), all enforcement is done by other agencies and private boaters are allowed to dump their waste in sanctuary waters. That said, the sanctuary plays host to several thousand humpback whales every winter, whales that come to mate, birth and nurse their young. But the whales don't eat in Hawaii as they come fresh from the abundant waters of Alaska where they have been gorging themselves for several months...

Around the areas of the sanctuary there are numerous private operators who offer whale watching tours in season. It has become a large part of the state's tourism business. 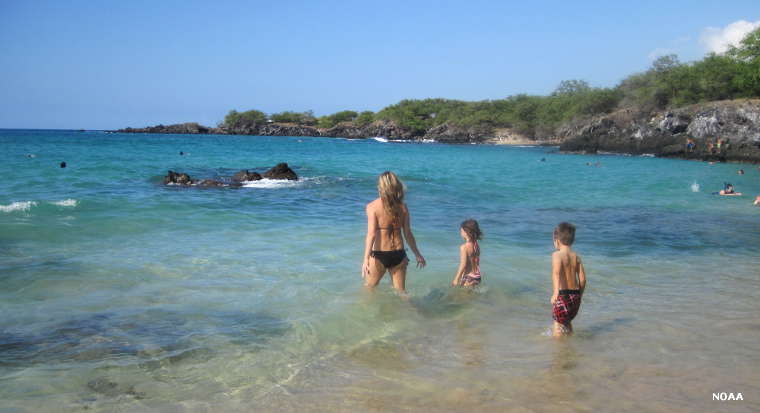 On the big island 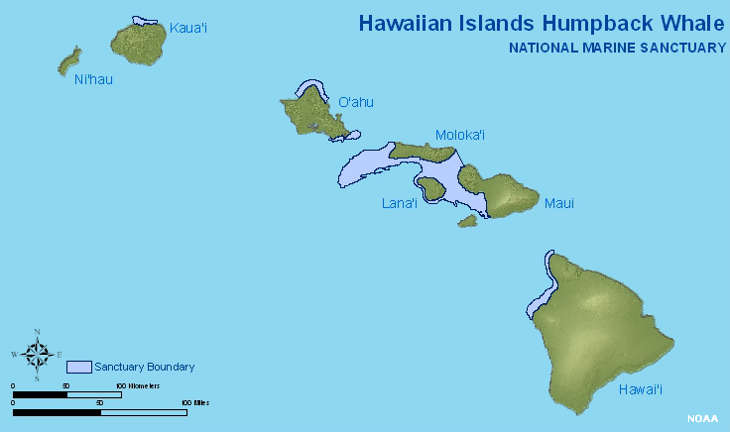