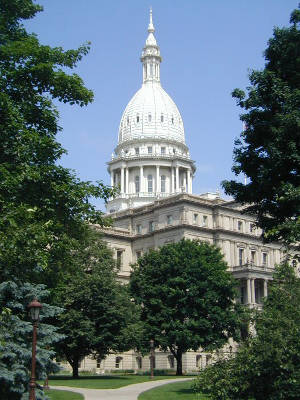 Michigan was home to Native American tribes since the last Ice Age. When the first Europeans arrived, most of present-day Michigan was in the hands of the Potawatomi, the Ottawa and the Chippewa. The three tribes got along peacefully as part of the loose "Council of Three Fires" confederation.

The first Europeans on the scene were with French explorer Étienne Brûlé in 1622, but the first settlement waited for Father Jacques Marquette to arrive at Sault Sainte-Marie in 1668. Saint Ignace was founded in 1671 and the settlement of Marquette began in 1675. Fort Detroit was founded on the Detroit River in 1701 by Antoine de la Mothe Cadillac, on the strait between Lake Erie and Lake St. Clair. Michigan was part of France's fur trade empire until 1763, when the Treaty of Paris (ending the Seven Years War in europe and the French and Indian War in North America) gave all of France's territory east of the Mississippi River to Great Britain.

Great Britain held onto Michigan until 1796 when they withdrew from the area under the terms of the 1794 Jay Treaty. However, ownership of the Upper Peninsula was contested until 1818. Mackinac Island continued to be held by the British until 1847.

The population of Michigan began to seriously rise after New York's Erie Canal opened for business in 1825. Agriculture took off when it became possible to ship crops to the Eastern cities over the Great Lakes-Erie Canal-Hudson River route. By the 1830's, Michigan had more than 80,000 residents, more than enough to qualify for statehood. The citizens formed a state government in 1836 but couldn't get recognition from Congress until a border dispute with Ohio was resolved. There was a 480-square-mile piece of land around Toledo that both states wanted. Each territory called out their militias and had the men maneuvering in the area but a shooting war never did get started. Congress finally gave the "Toledo Strip" to Ohio and gave the western part of the Upper Peninsula to Michigan. Michigan formally became a state on January 26, 1837. 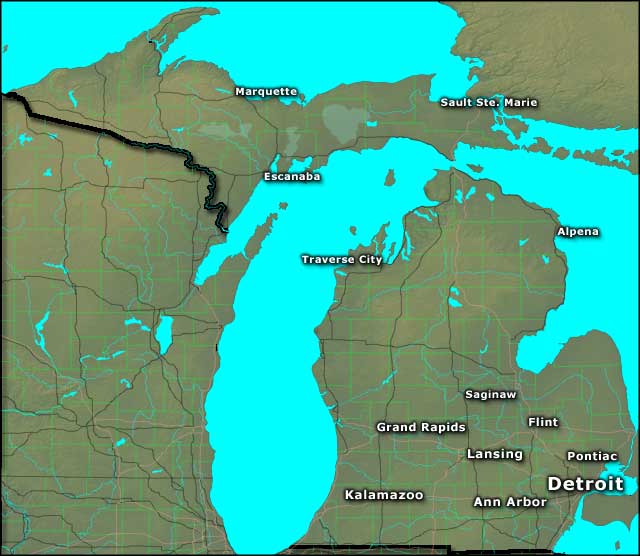