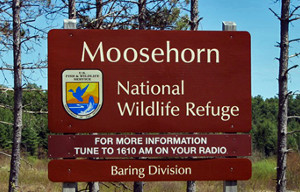 Moosehorn National Wildlife Refuge is an interesting place. In the warmer months, visitors need to bring (and use) industrial-strength bug repellant as the air tends to be thick with mosquitos, black flies, no-see-ums and deer and moose flies. It's all those flying insects that make the place such a target for migrating birds. Then in the winter the temperature often drops below 0° F...

Moosehorn National Wildlife Refuge is comprised of about 28,800 acres in two parcels: Baring and Edmunds. About 2,712 acres of the 8,800-acre Edmunds Unit is designated as the Moosehorn Wilderness while the Moosehorn (Baring Unit) Wilderness is another 4,680 acres of wilderness in the 20,000-acre Baring Unit. The Edmunds Unit is against the coast and offers sections of rugged coastline while the larger Baring Unit is inland and offers swamp, marsh and bog but no coastline.

As the whole of the State of Maine was scoured by glaciers just 10,000 years ago, the general landscape is one of low, rolling hills speckled with rocky outcroppings, bogs, marshes, streams, lakes and ponds. In spite of the name, there are not nearly as many moose as one might expect. Probably doesn't help that moose have antlers and not horns... 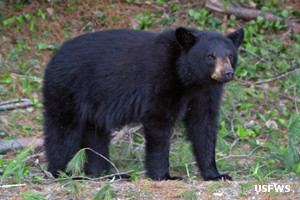 Black bear on the refuge

Hunting and fishing are available in most areas of the refuge. It just needs to happen in season and with proper State of Maine permits, although hunters also need to obtain a free permit from the refuge office before hunting on the refuge.

The refuge offers more than 50 miles of roads and trails so getting around is relatively easy. The trails pass by many of the 37 water impoundments on the refuge. There are also two wildlife viewing platforms accessible from Charlotte Road. The eagle viewing platform is rated as the best in the State of Maine.

Moosehorn National Wildlife Refuge is open daily from half an hour before sunrise to half an hour after sunset, although certain areas may be closed seasonally to protect nesting waterfowl or calving wildlife. Most refuge roads are closed to vehicular traffic but open to walking and bicycling. Littering, fireworks and campfires are prohibited. Camping is allowed only in that area of the Edmunds Division that is managed in cooperation with Maine State Parks: Cobscook Bay State Park. As usual in wilderness areas, only foot and horseback travel is allowed, mechanized vehicles (including bicycles) are not. 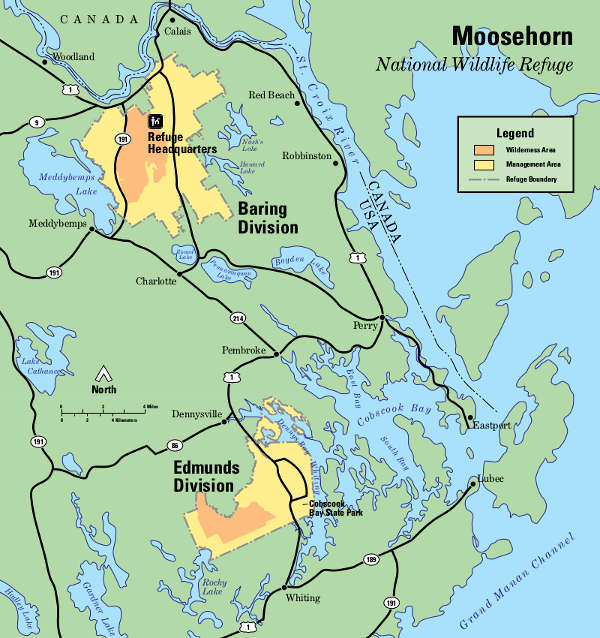 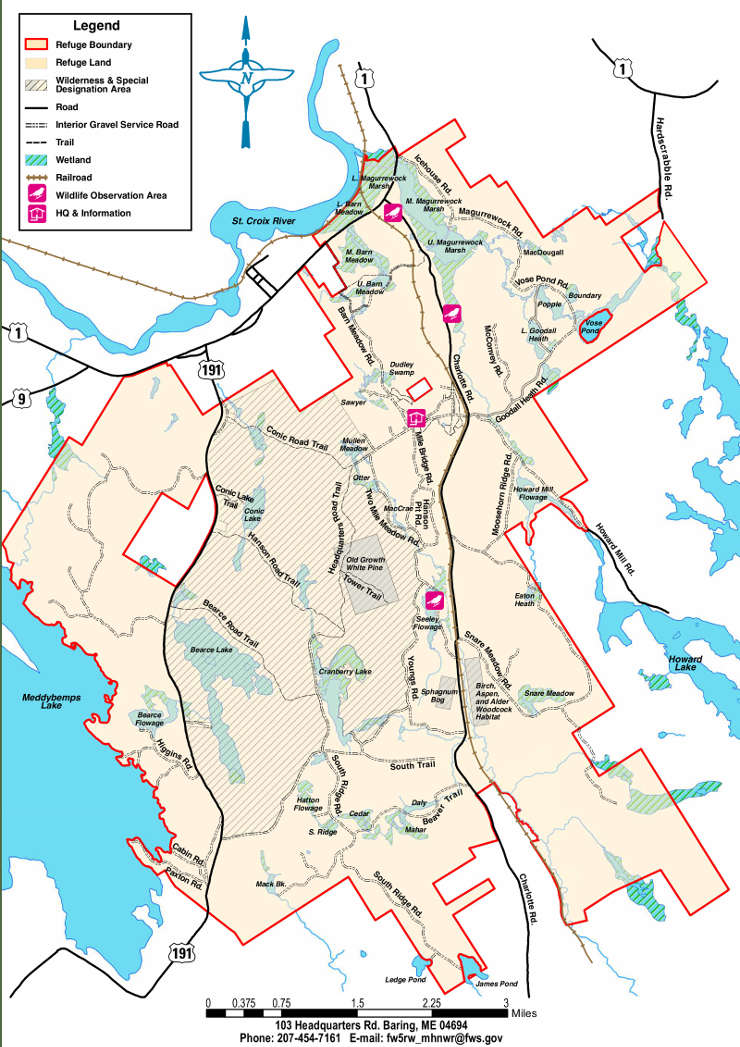