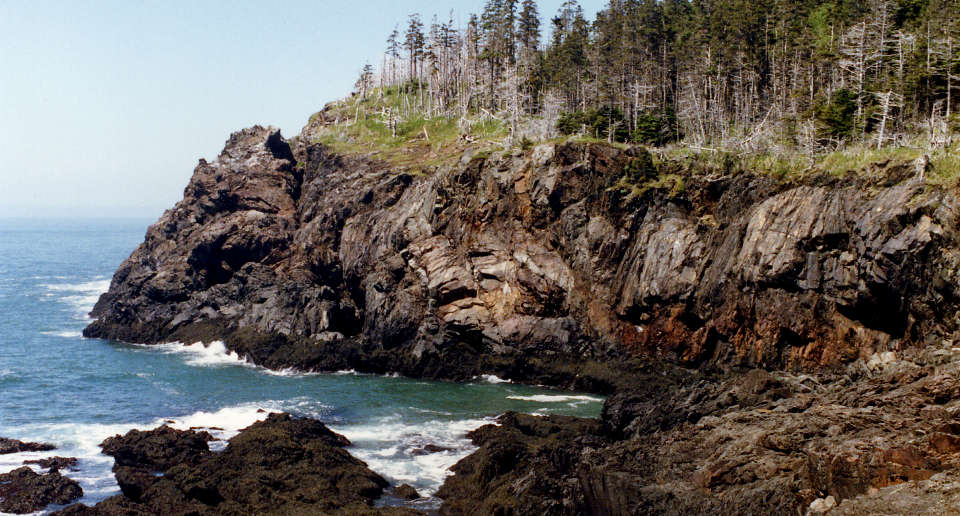 The Maine Coastal Islands National Wildlife Refuge Complex is composed of five small refuges spread out along the Atlantic coast of Maine: Petit Manan, Cross Island, Seal Island, Franklin Island and Pond Island. All in all, there are 55 offshore islands and four coastal mainland parcels for a total of more than 8,200 acres.

65-acre Seal Island was used as a gunnery range and bombing test site during World War II. There is still an amount of unexploded ordnance on the island, although a fire that burned the island off in the late 1970's did take out some of the hardware, too. After the fire, more birds than ever (more than 100 species) took up residence but there are still unexploded bombs and artillery shells scattered across the island. Because of that ordnance, Seal Island is always closed to public access. The property is managed in cooperation with the National Audubon Society and they were successful in reintroducing Atlantic Puffins to the island after importing puffin chicks from Newfoundland, Canada. Seal Island is also the largest gray seal pupping island in Maine.

Franklin Island was acquired by the US Fish & Wildlife Service in 1973. It was the first property in what is now the Maine Coastal Islands National Wildlife Refuge. The 12-acre island is located in Muscongus Bay and supports nesting eiders, gulls, ospreys, Leach's storm-petrels and black-crowned night herons. Vegetation on the island includes grasses, forbs, raspberry thickets and red spruce.

Pond Island is a treeless 10-acre island in the mouth of the Kennebec River. The property is managed in cooperation with the National Audubon Society and Maine Fish and Wildlife. Common terns were successfully reintroduced to the island in the 1990's. Since then, the island has seen more and more common terns, Arctic terns and endangered roseate terns.

As most activities at the refuge are in support of the seabirds that nest there, all the seabird islands are closed to human visitation from April 1 to August 31 so as not to disturb the birds. Some islands have active bald eagle nests and because of that presence, those islands are closed to public access from February 15 to August 31. Islands supporting nesting common eiders and gulls are closed to public access from April 1 to July 31. Most other areas are open to humans from sunrise to sunset daily but only the Petit Manan Division has hiking trails available: two of them that wander around the rocky shoreline and adjacent bays. 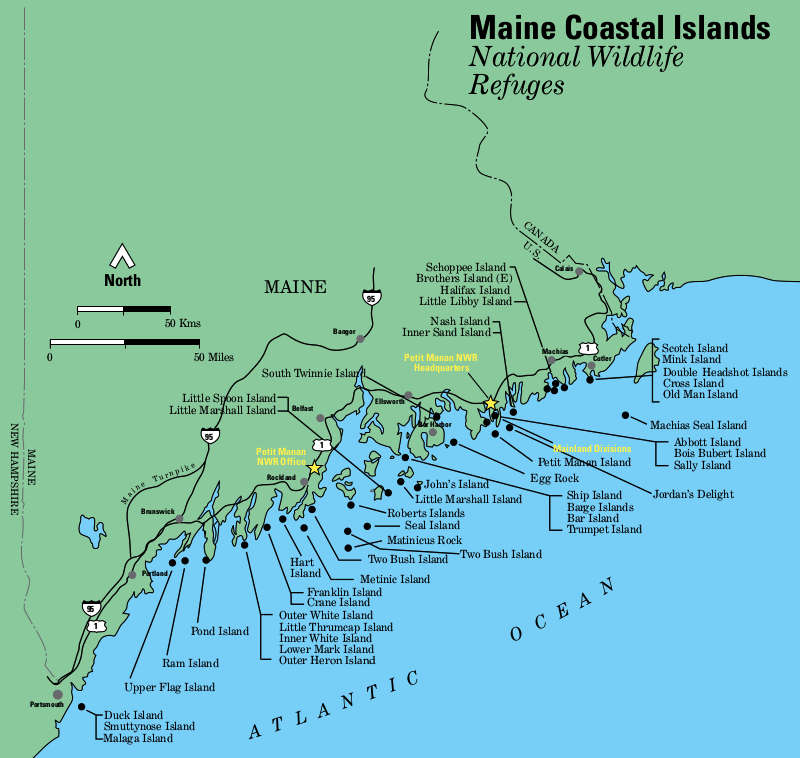 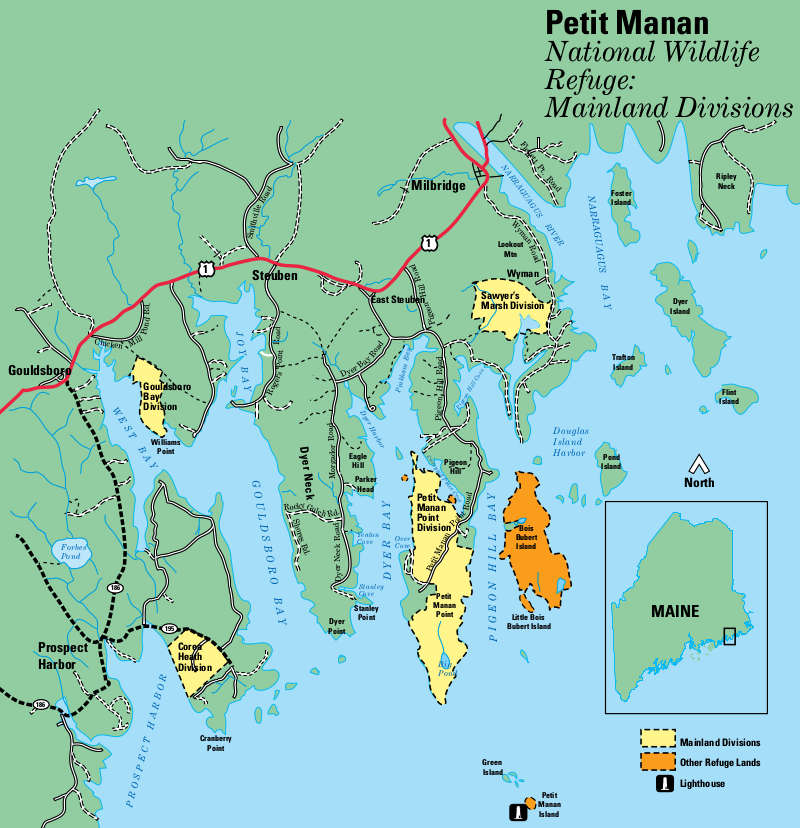