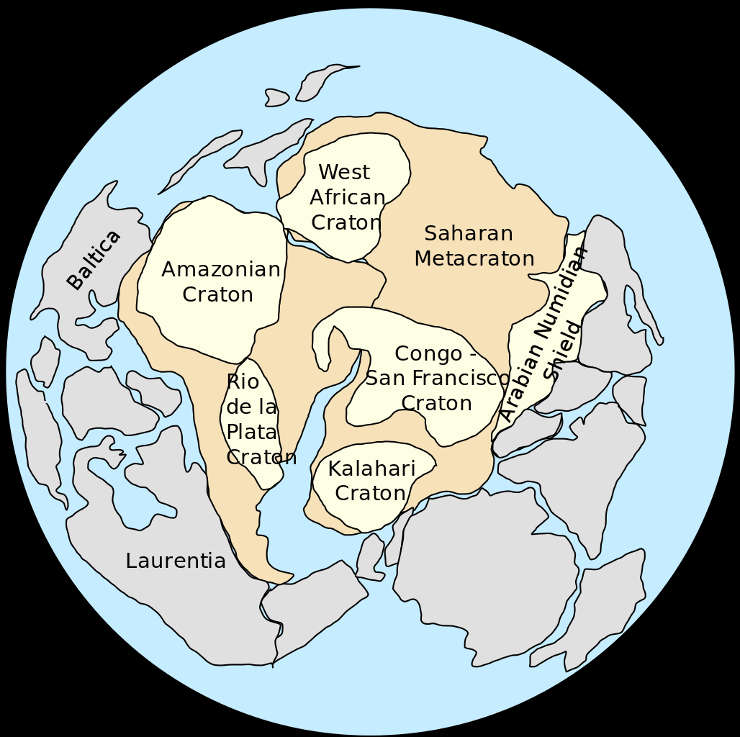 How Pannotia fit together about 600 million years ago

The supercontinent Pannotia basically resulted as Rodinia turned itself inside out. Rather than Laurentia being the center of the supercontinent, as had been the case with Rodinia, Africa was at the center, surrounded by the rest of Gondwana (India, Antarctica, Australia, Madagascar, Arabia and South America). This happened because Pannotia was formed by the subduction of exterior oceans (which pulled Rodinia apart and pushed Pannotia together). Pannotia was relatively short-lived, coming together with the Pan-African orogeny about 650 million years ago and then breaking apart about 560 million years ago with the opening of the Iapetus Ocean.

Throughout the time period, Laurentia, Baltica and Siberia hovered around the outer edges of Pannotia but in similar position to each other that they had enjoyed in Rodinia. With the opening of the Iapetus Ocean, Baltica and Siberia separated from Laurentia and floated in an opposite direction.

The breakup of Pannotia and the opening of the Iapetus Ocean led to the Cambrian explosion of life as ocean basins spread wide with the shallow continental shelf margins that allowed for the proliferation of massive numbers of marine plant and animal species. The Iapetus Ocean closed again in the formation of the minor supercontinent Laurasia about 420 million years ago. Laurasia later became the northern component of Pangaea. The Atlantic Ocean we know today began with the rifting apart of Pangaea about 200 million years ago. 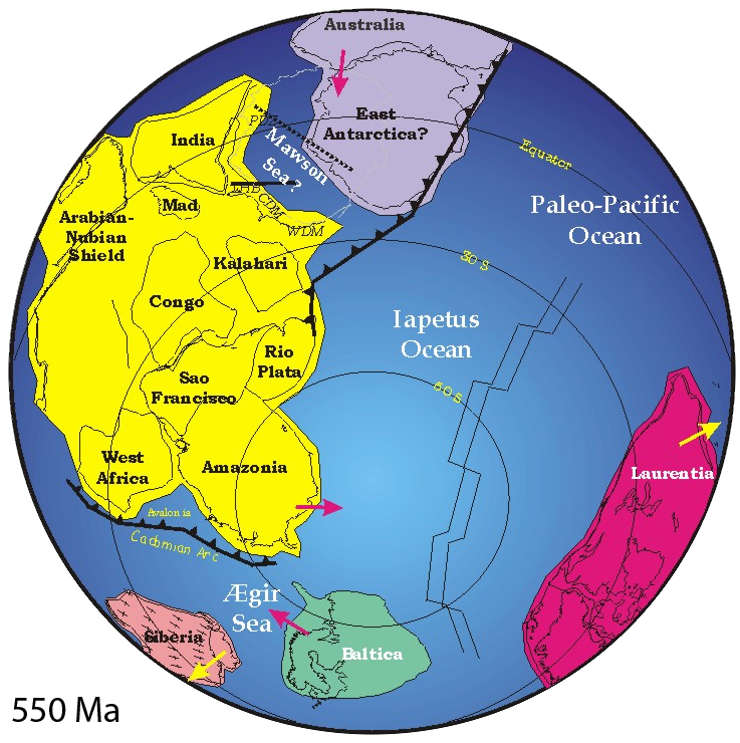 Earth 550 million years ago
Images are in the public domain