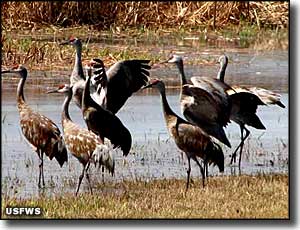 Merced National Wildlife Refuge contains some 10,262 acres of native grasslands interspersed with wetlands, riparian zones and vernal pools in California's Central Valley. Merced NWR was established in 1951 as an attempt to reduce avian crop damage on the surrounding farmlands. Over the years since then, changes in agricultural practice and in refuge management practice have further reduced local crop damage issues.

The largest individual groups of contributors to the former problem were probably the 60,000 Arctic geese and 20,000 cranes who arrived at Merced National Wildlife Refuge every fall to settle in for the 6-month winter nesting season. Add those numbers to the thousands of waterbirds, shorebirds and other waterfowl who visit every year and the scale of the problem was vast. In addition to all those wetland-loving birds, Merced plays host to more than 25,000 breeding pairs of tri-colored blackbirds and thousands more cinnamon teal, burrowing owls, mallard ducks, gadwalls, marsh wrens and Swainson's hawks. 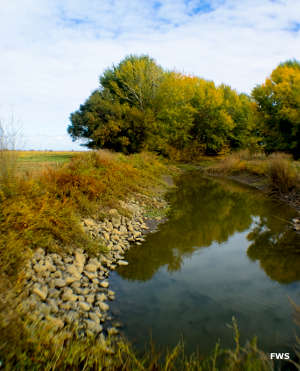 The vernal pools at Merced (shallow depressions in the ground that are underlain with a bed of clay that causes the potholes to retain rain water) harbor fairy shrimp, tadpole shrimp and endangered tiger salamanders, in addition to many other varieties of amphibians. The vernal pools last through the rainy season, then dry out and leave rings of fertilized soils around them for the thick growths of wildflowers that led John Muir to describe this area as the "floweriest part of the world" he knew.

Among the 10,262 acres there are about 300 acres of corn and wheat, cultivated and left for the wintering bird populations with another 500 acres of irrigated pasture for the local mammalian population, some of which is used by local ranchers for the grazing of sheep and cattle.

Merced National Wildlife Refuge offers one scenic auto tour route and two foot trails (one near the refuge entrance, the other at the Meadowlark Trail parking area) that also feature raised observation platforms. If you come to see the birds, best time to visit is between September and May, although the ducks, geese, swans and cranes are thickest between November and February. 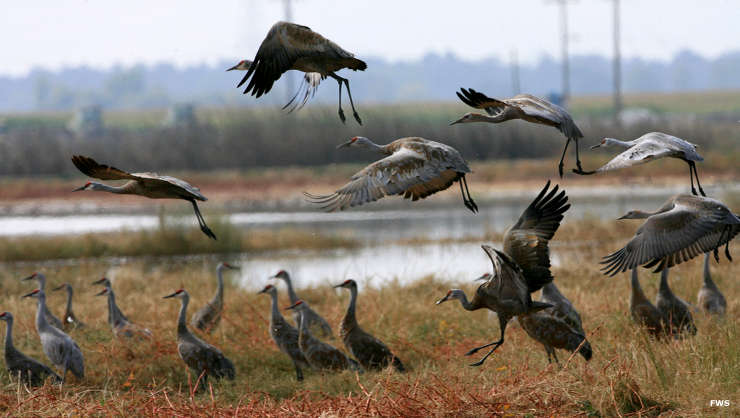