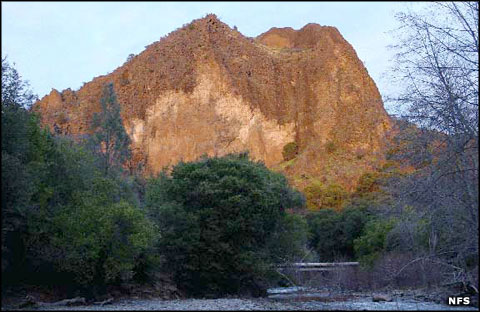 Ishi Wilderness is a 41,987-acre property about 20 miles east of Red Bluff on Lassen National Forest. The wilderness was created by the California Wilderness Act of 1984 and was named for the last survivor of the Yahi Yana tribe of Native Americans.

The Yahi Yana had lived in this area of California for more than 3,000 years but they were driven to extinction by the arrival of Euro-American settlers after the 1849 California Gold Rush. After his discovery in 1911, Ishi survived until he died of tuberculosis in 1916. The artifacts found on Ishi Wilderness are the last surviving evidence the Yahi Yana ever existed.

Ishi Wilderness is an almost flat area of rolling terrain etched by wind and water. The countryside is dotted with caves, pillar lava formations and outcroppings of basalt. The surface is a series of east-west trending ridges framed by rugged river canyons. The highest ridges top out around 4,000 feet.

The northern slopes in Ishi Wilderness are often forested in pines and oaks while the southern slopes tend to be covered with a thick chaparral. Along the larger water courses are dense areas of ponderosa and Jeffrey pine. Mill Creek and Deer Creek are the major drainages and both empty into the Sacramento River. Both creeks are large enough to support runs of steelhead trout and coho salmon in season.

A large portion of Ishi Wilderness is part of a State Game Refuge and hunting is not permitted there. The Tehama deer herd (the largest migratory deer herd in California) winters on the wilderness. You'll also find mountain lion, wild hog, black bear, coyote and bobcat on the property. Fishing (while in possession of a valid California fishing license) is allowed and in some areas, the fishing is excellent, just be aware that there are also special fishing regulations in effect on those areas within the State Game Refuge.

There are many trails that access Ishi Wilderness but human use is light. The most popular trail is probably the Mill Creek Trail which parallels Mill Creek for an easy 6.5 miles and offers great views as it passes by several good swimming and fishing holes.

About 240 acres of Ishi Wilderness is managed by the Bureau of Land Management.