The Post de Arkansae was established in 1686 as the first semi-permanent French colony in the Mississippi River Valley. The site was at a Quapaw village named Osotouy and was only the first step in a long struggle between Spain, France and England for dominance in the area. That position on the banks of the Arkansas River caused the site to be moved from time to time due to seasonal flooding of the river but the post was an important location right up into the time of the Civil War. There was also a military action here in 1783, the only action in Arkansas during the Revolutionary War and it happened when Spanish soldiers manning the fort were attacked by British partisans and their Chickasaw allies. 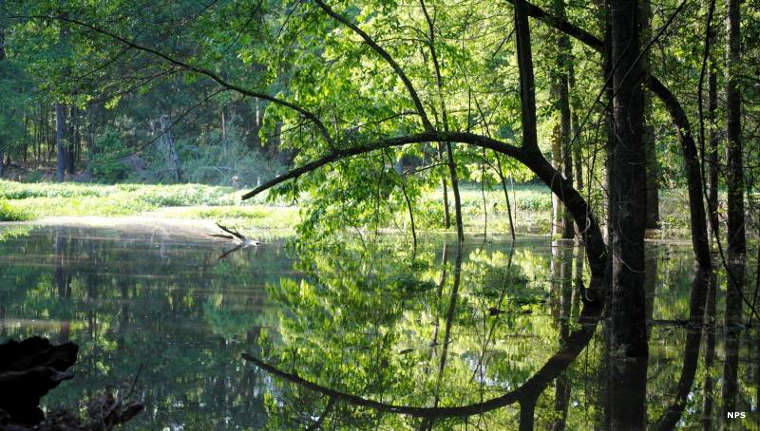