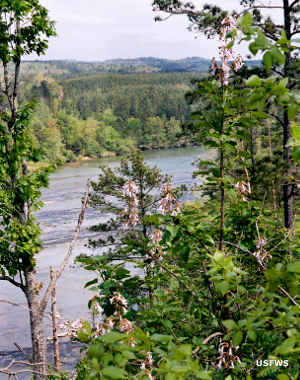 This is an area of forested rolling uplands covered with loblolly and mountain longleaf pine. The river's edge and the ravines that feed into it are lined with mixed upland hardwood species. The Cahaba River itself is almost 200 miles long but only about 3.5 miles of it are within the present boundaries of the refuge. Historically, the area was mostly covered with mountain longleaf pine but coal mining in the area took out a lot of that. 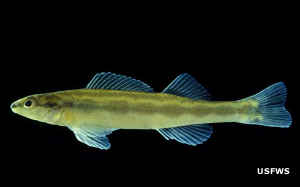 After the coal seams were depleted, timber companies moved in and removed most of the remaining old-growth trees, replanting everything in loblolly pine (because it grows faster). Fish & Wildlife is now logging off the loblolly and replanting mountain longleaf. 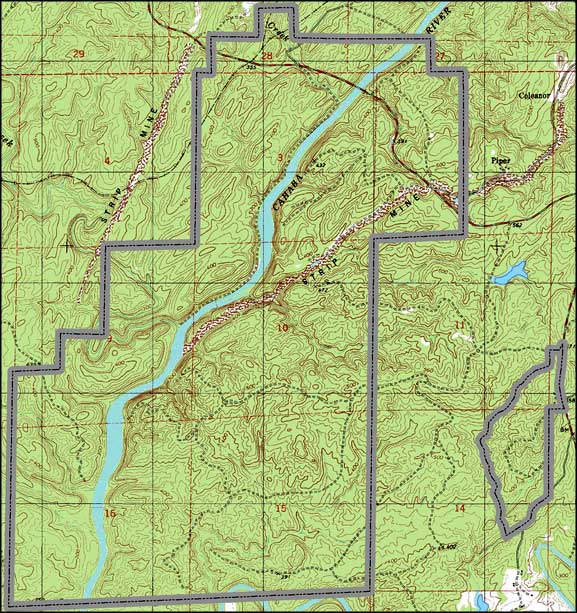