On the National Elk Refuge in the winter

The National Elk Refuge was established in 1912 at a time when it looked like American hunters were about to wipe the Rocky Mountain elk species off the face of the Earth. At the time, this area in northwestern Wyoming was home to what was the largest remaining herd of elk in America. There are about 7,500 elk who still winter on the 25,000-acre property every year.

Historically, the elk would migrate south from the area of Yellowstone National Park to the lower, usually snow-free valleys south of Jackson. But with the establishment of Jackson at the close of the 19th century, that migration route was cut off and the herd began to die out.

These days, the elk are fed in the winter. There's also a draw-based hunting permit process which is used for culling the herd. The whole thing is supported by antler sales every year. The Boy Scouts have been collecting antlers on the refuge under an exclusive permit since the 1950's. The agreement requires them to return 80% of the proceeds of their antler auctions to the refuge for the purposes of research, management and procuring feed for the ungulates. Most years they auction off between ten and eleven thousand pounds of antlers.

The habitat is mostly a mix of meadows and marshes on the valley floor with rock outcroppings and sagebrush in the upland areas along the mountain foothills. Folks have seen mule deer, pronghorn, bighorn sheep, wolves, grizzly bears and Trumpeter swans on the property. In all, there have been 47 mammalian species and 147 avian species recorded on the refuge.

There is also a herd of about 1,000 bison on the property. 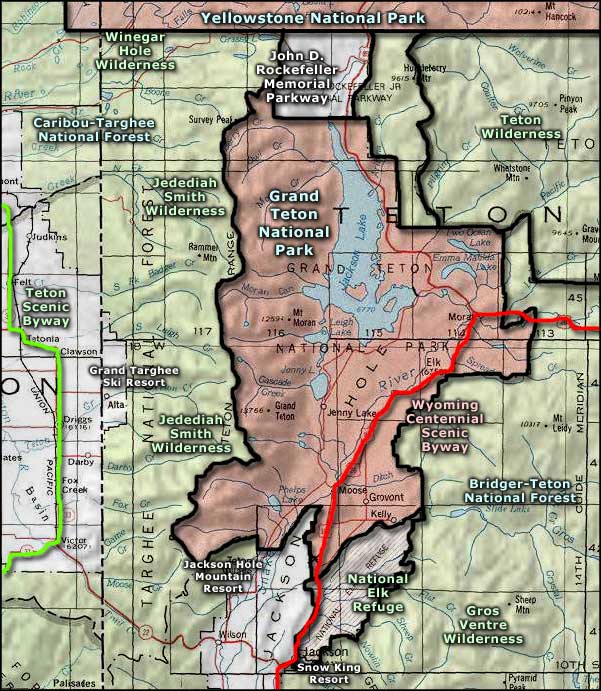