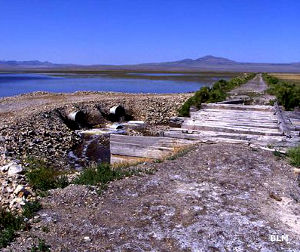 OHV's are allowed on the Byway route and on other existing roads, but don't just go off for a spin in the desert because your tire tracks may still be there when your great-grandchildren grow up. Camping is allowed on BLM property but if you want/need a fire, use a fire pan to contain it. There are no services whatsoever along the Byway, and the road conditions are such that you'll want to take lots of your own food and water, extra gasoline and, perhaps, an extra spare tire. This is a graded gravel or dirt road that follows the abandoned Central Pacific railroad grade across open desert, through the former towns of Kelton, Terrace and Watercress. It ends at the site of Lucin near the Nevada/Utah State line. About half the route is maintained as county road, the other half is not maintained. If it gets wet out here, you'll need 4WD with high clearance, and you may want chains with a tow rope or winch, too. Be prepared to be the only folks on the road... 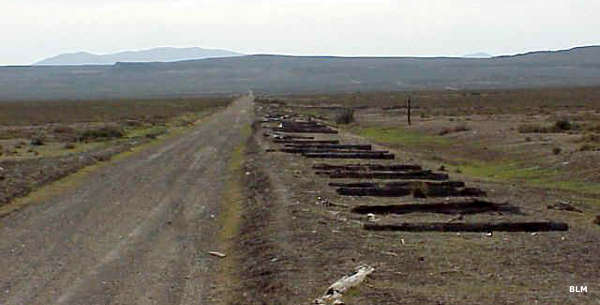