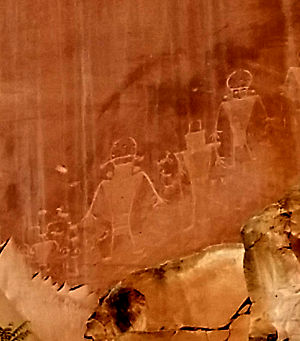 The first time I went through Capitol Reef National Park, well... it was only a National Monument back then. And all the back roads were little more than prospectors' jeep trails (from the days of uranium prospecting). But even as a 13-year-old I was impressed by the sheer grandeur of the rock formations I could see as we made our way slowly along Highway 24 over to Hanksville (we were coming from Bryce Canyon National Park and on our way to Green River).

That was 50 years ago. Things have changed greatly since then. Now you can actually drive the roads through Capitol Reef in a normal passenger car (you're still going to want some road clearance in some areas of the park). Since the National Park designation, things like interpretive signage, hiking trails and viewpoints/overlooks have been established.

I was again at Capitol Reef in 1991 while touring some friends from New York City around the area. It was a hot summer day and they lasted all of 15 minutes before they required that I take them to Green River where we had a pre-arranged appointment with a developed campground and a swimming pool... 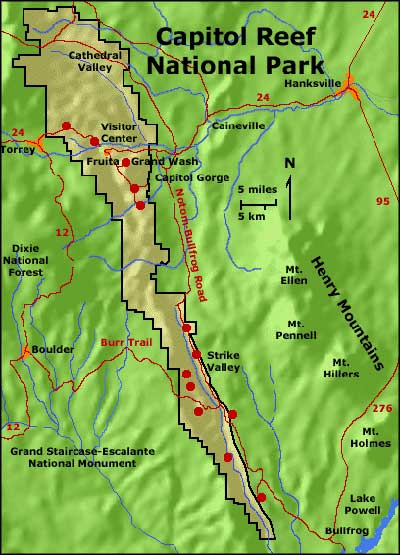 In late September, 2015, I got back to Capitol Reef National Park again. This time I came alone but only had a few hours to spend before heading back home. So I checked out the Fruita Historic District, drove halfway up the park scenic drive, went into Grand Wash and then headed east along the Fremont River. Lots of stops, lots of photos, then I went into Notom before continuing east out of the area.

Waterpocket Fold in Strike Valley is probably one of the most defining features of Capitol Reef National Park. This classic monocline is a nearly 100-mile long warp in the Earth's crust that has been exposed to the surface by erosion within the last 15-20 million years. One side is very steep with a series of parallel vertical layers exposed in an area of otherwise nearly horizontal strata. The Fold was first formed maybe 65 million years ago when the Laramide Orogeny (the same mountain building action that created the Ancestral Rockies in Colorado) reactivated an ancient buried fault. In this "reactivation," the rock layers west of the fault were uplifted more than 7,000 feet above the same rock layers east of the fault. What is now exposed to the eye records a geological history nearly 200 million years in the making.

A view along Highway 24

A view along Highway 24

Along the Scenic Drive

A view in Grand Wash 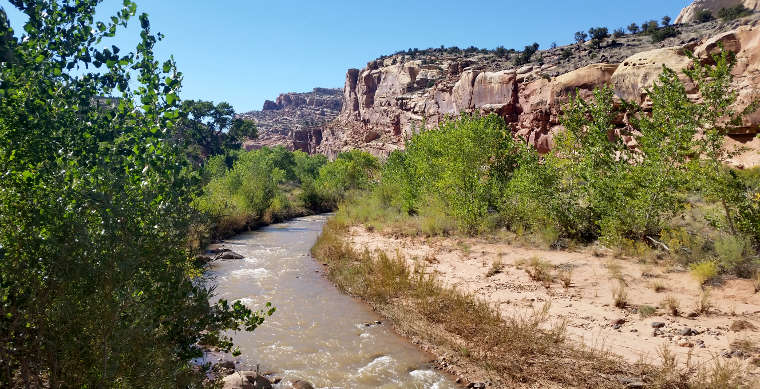 Along the Fremont River in the northern part of the park

Domes of Navajo Sandstone to the west along the crest of Capitol Reef, from Notom