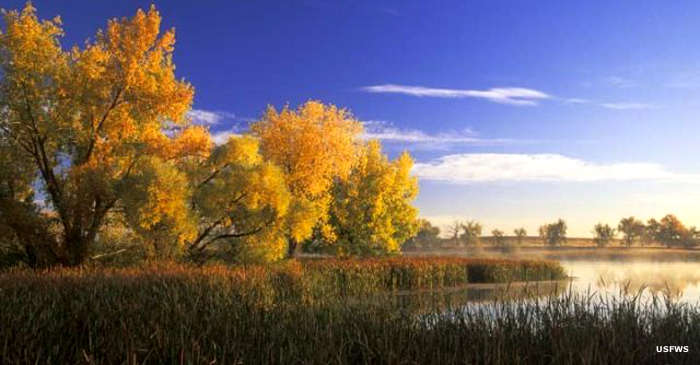 Rocky Mountain Arsenal is a 15,000-acre property located against the border of Commerce City, north of Denver. The entire site will eventually be part of the designated Rocky Mountain Arsenal National Wildlife Refuge once cleanup is complete and certified by the Environmental Protection Agency. In the meantime, 12,500 acres of the former chemical weapons manufacturing facility are now open to the public.

The US Army and Shell Oil Company began cleanup on the Rocky Mountain Arsenal property in the early 1980's. Then in 1986, someone noticed a communal roost of bald eagles on the property. Back then, bald eagles were listed as an endangered species. The US Fish & Wildlife Service undertook a species inventory of the land inside the fences and found more than 330 species of wildlife living there. The Rocky Mountain Arsenal National Wildlife Refuge Act was passed by Congress and signed into law by President George H.W. Bush in October, 1992. That Act stipulated that the property would be cleaned up and would be managed as a wildlife refuge in the interim. The final stage of cleanup was scheduled to be completed in 2011.

The US Fish & Wildlife Service introduced 16 bison from the National Bison Range (in Montana) to a fenced area on the property in 2007. Today, the bison appear to be doing very well as this property is part of what their ancestors called "home" for thousands of years.

There are several environmental education programs run by Fish & Wildlife during the school year. The summer months see a lot of fishermen trying their luck at catch-and-release at Lake Ladora and Lake Mary. There are numerous hiking trails on the property, some with interpretive kiosks and signage. The visitor center offers wildlife exhibits, displays and several hands-on activities. 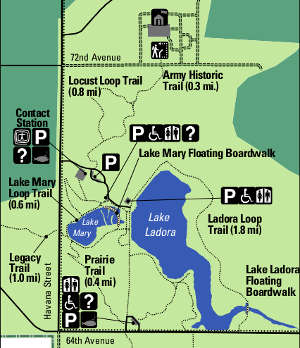 To get there: take the Havana Street exit off Interstate 70 and go north on Havana. At the intersection of 56th Street and Havana you'll find the South Gate entrance to the refuge. The refuge is open from 6 am to 6 pm on Tuesdays, Wednesdays, Thursdays, Saturdays and Sundays only. No camping or overnight visitation is allowed. The visitor center is open from 7:30 am to 4 pm on those same days only. 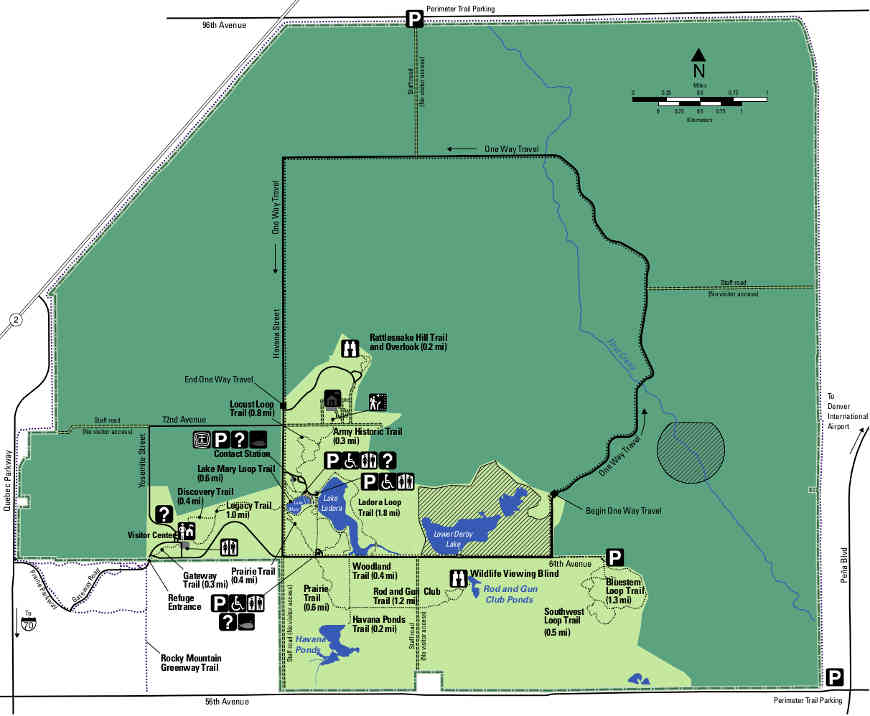