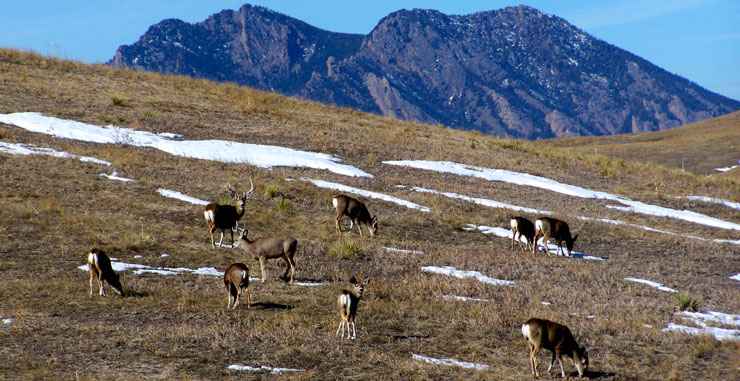 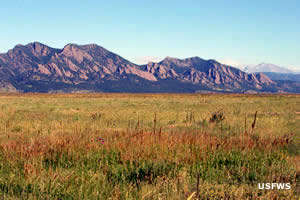 Rocky Flats National Wildlife Refuge is a 6,240-acre site where the Federal government built a plant to produce materials for nuclear weapons. That mission changed in 1992 when the plant was ordered closed and cleaned up. Until the US Environmental Protection Agency certifies that the cleanup and closure are complete, there is no public access to the property.

This is an important site just outside a major metropolitan area where the Great Plains meet the Rocky Mountains. On the property is a healthy expanse of wetlands, grasslands and shrublands. Part of the property is rare xeric tallgrass prairie, a habitat that supports a large variety of plains wildlife.

In 2012 paperwork was signed to create the Rocky Mountain Greenway trail system, tying Rocky Mountain Arsenal and Two Ponds, Rocky Flats and Rocky Mountain National Park together with a hiking trail. Rocky Flats is now building a visitor center and other facilities in preparation for opening to the public in the summer of 2018.

The view north across Lindsay Ranch 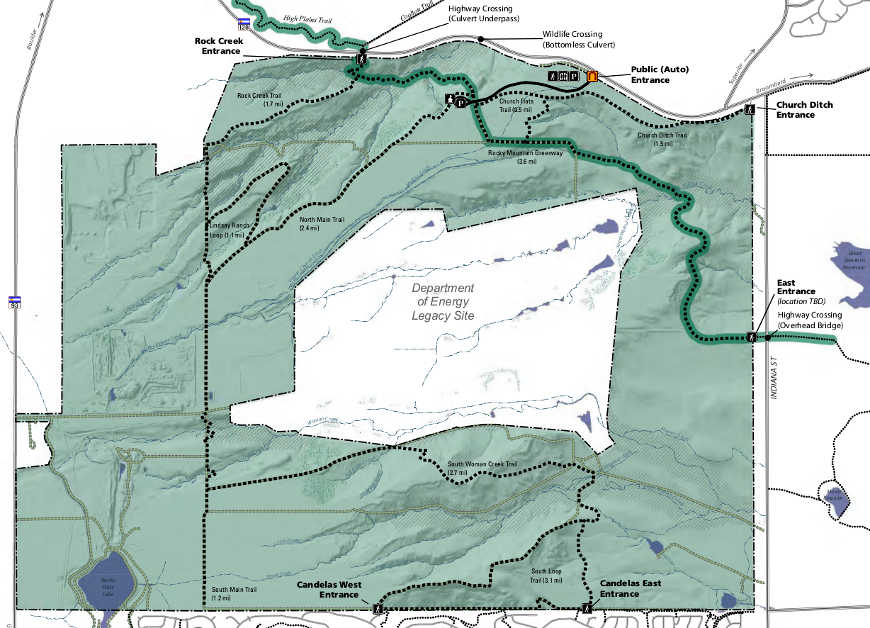