At the edge of Rawah Wilderness

Located on the southern end of the Medicine Bow Mountains in north central Colorado on Arapaho-Roosevelt National Forest, the 76,394-acre Rawah Wilderness was designated by the Wilderness Act of 1964. "Rawah" is a Native American term meaning "wild place."

Elevations in Rawah Wilderness range from about 8,400' to 12,951'. The high peaks were carved by glaciers, resulting in spectacular cirque lakes and moraines. There are twenty-five named lakes, ranging in size from 5 to 39 acres. This high alpine area contains the headwaters of the McIntyre, Rawah and Fall Creeks, as well as the Laramie River. The Rawah is host to mammals such as elk, moose, mule deer, black bear, bighorn sheep, marmot and beaver. There are many species of birds including the red-tailed hawk, white-tailed ptarmigan, golden eagle, raven, Stellar's Jay and a variety of warblers living here.

The lakes and streams are filled with lake, cutthroat, rainbow and brown trout. Graylings are also found in the streams here. With more than 75 miles of maintained trails, Rawah Wilderness is becoming very popular with summer backpackers, hikers and anglers, and also with big game hunters in the fall.

The winter of 2010-2011 left so much snow on the ground, the Medicine Bow Trail was never opened to hikers. That happens from time to time... 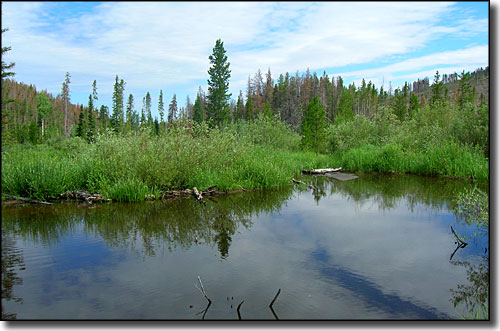 A typical view in Rawah Wilderness 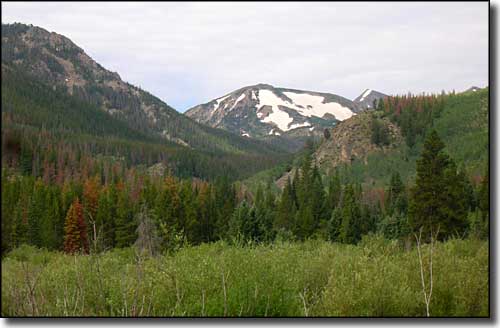 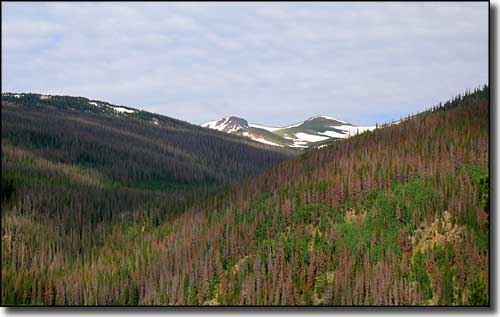 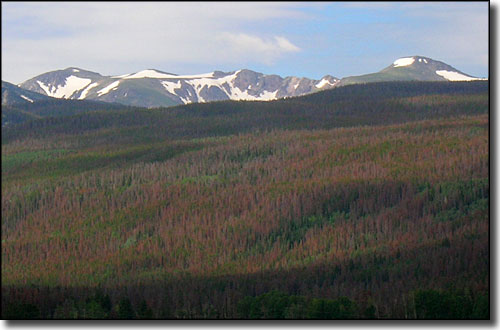