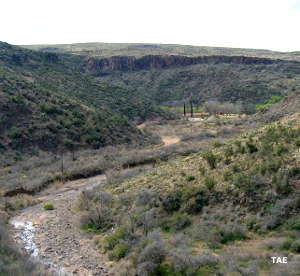 The city of Prescott is just about in the center of the 1.25 million-acre Prescott National Forest. In the lower elevations, the Prescott is covered with cholla, ocotillo, saguaro and paloverde. As the elevation rises you move into chaparral, and then pinon and juniper. At the highest points you'll be in cool Ponderosa pines and Douglas firs.

Listed below are the developed campgrounds on Prescott National Forest. This list does not go into the multitude of primitive campsites available on the Forest. To check that out you're just going to have to go there and see for yourself.

Listed below are some of the hiking trails on the Prescott National Forest. This is not a complete list but hopefully, it's enough to whet your appetite for what you'll find if you come here for a visit.