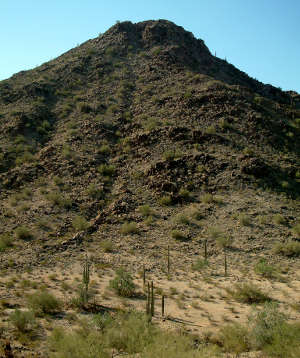 Containing a 10-mile section of the northern Maricopa Mountains, North Maricopa Mountains Wilderness is a 63,200-acre property that also includes extensive areas of the surrounding desert plains. The North Maricopa Mountains are a jumble of isolated peaks and long ridges that never rise above 2,813 feet in elevation. The bajadas, washes, alluvial fans and desert floor surrounding the mountains drop to about 900 feet above sea level near Gila Bend. In between is some rugged country sporting saguaro, ocotillo, cholla, paloverde, creosote bush and other typical Sonoran Desert vegetation. For wildlife you might find coyote, desert bighorn sheep, fox, mule deer, bobcat, desert tortoise, Gambel's quail and the usual assortment of other reptiles, songbirds, insects and arachnids that make the Sonoran Desert their home.

There are two primary hiking trails on the North Maricopa Mountains Wilderness. The Margie's Cove Trail crosses the wilderness east-west, the Brittlebush Trail comes in from the southern boundary and ends where it meets the Margie's Cove Trail. The trails are hardly marked and the faint traces that are there are easy to lose when crossing arroyos and sandy washes.

A jumble of basalt rocks

Looking down on the Margie's Cove Trail 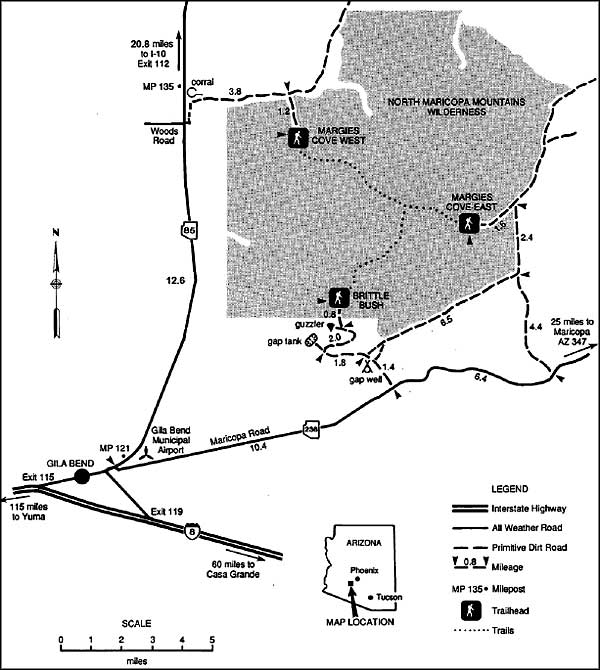 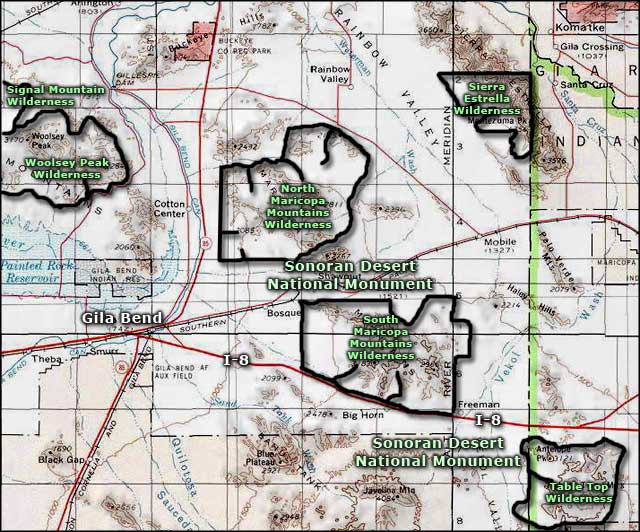