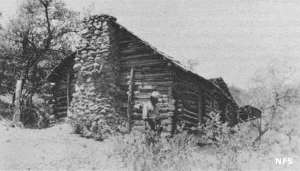 Galiuro Wilderness is a 76,317-acre property that contains a large portion of the fault-block-created Galiuro Mountains. Between 18 and 35 million years ago, volcanoes spewed out the materials that form the red rhyolite cliffs now exposed in the wilderness. That volcanic activity also created pockets of minerals that have attracted prospectors and miners over the years. The Galiuros were pushed up as one chunk of rock between the lower San Pedro and Sulphur Springs Valleys. Even after millions of years of erosion, the tops of the Galiuros (with a cap of hard volcanic basalt) are more than 3,600 feet above the surrounding desert floors. Elevations in the wilderness range from a low around 4,000 feet to a high of 7,671 feet on the summit of Bassett Peak.

Vegetation in the Galiuros runs from desert grasslands in the lower reaches to evergreens and oaks in the middle reaches with Douglas fir, Ponderosa pine and bigtooth maple near the top. There's also a pretty good stand of aspen on the northern slope of Bassett Peak. For large wildlife you might come across mule deer, bobcat, mountain lion, bighorn sheep, pronghorn, coyote and black bear. There are no perennial streams flowing on the property but there are a number of small springs and seeps that feed riparian areas scattered among the canyons.

The main geological features in Galiuro Wilderness are two ridges and two valleys, all running southwest to northeast. The primary trails in the area run along the tops of both of those ridges with connections to virtually all the other trails and spurs in the area. The trails are poorly marked and essentially unmaintained. Before going hiking here you'll want a good map and a compass or GPS device. Cross-country travel is extremely hard owing to the radical topography of most of the wilderness.

Near the summit of Bassett Peak is the wreckage of a B-24 bomber, crashed during World War II and killing all eleven men on board. There's a plaque mounted on one of the wing remnants commemorating the crew and the event. Power Cabin is the site of one of the more famous old West shoot-outs, an event that happened in 1918. Portions of the cabin still stand and the site has been listed on the National Register of Historic Places. Scattered throughout the Galiuros are the remains of more than a few old mining claims with broken down cabins and mechanical hardware slowly melting back into the ground. 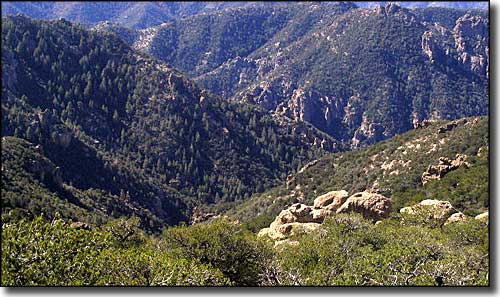 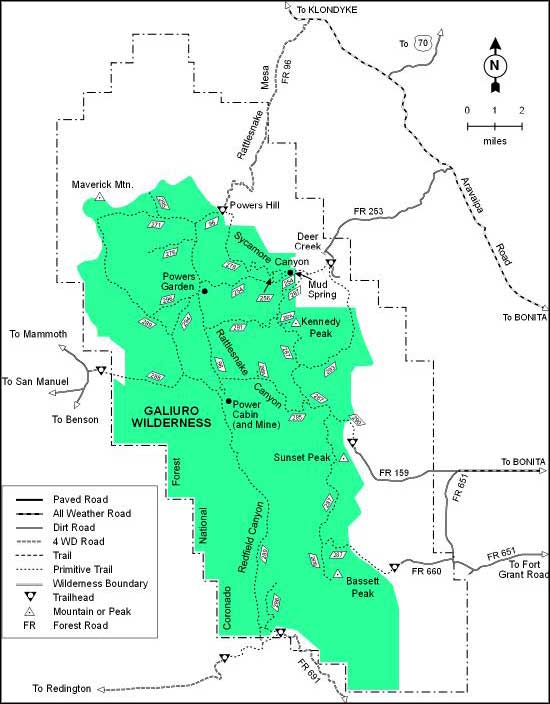 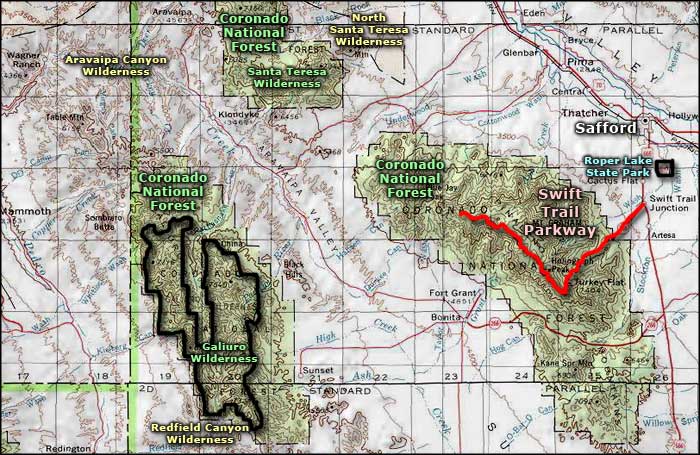