Overlooking Tucson from high in the Santa Catalina Mountains 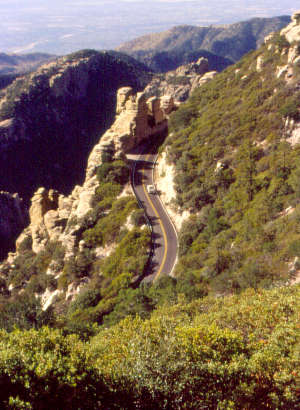 Coronado National Forest includes some 1,780,000 acres of southeastern Arizona and a little bit of southwestern New Mexico. The Forest is mostly scattered among what are called "sky islands:" mountain ranges that rise almost straight up from the desert floor. Elevations here vary from about 3,000' to a high of 10,720', supporting everything from desert cactus to alpine mixed conifers and everything in between. This is an area where you can play golf in the morning and go snow skiing in the afternoon (or vice versa).

There are 12 different mountain ranges included in the Forest. As all of them rise dramatically from the desert floor, the views each offers are spectacular. But each mountain range is a bit different, and you'll find everything from ancient geologies to relatively recent volcanism. And these mountains tend to be very rugged.

Some sections of the Forest touch directly against the Tucson city limits, affording great access but also allowing for huge human impact in particular popular areas (such as Sabino Canyon). On the eastern and western city limits of Tucson you'll also find Saguaro National Park, and the eastern section of the Park shares a lot of trail and trail access with the Rincon Mountain section of the Forest and the Rincon Wilderness. 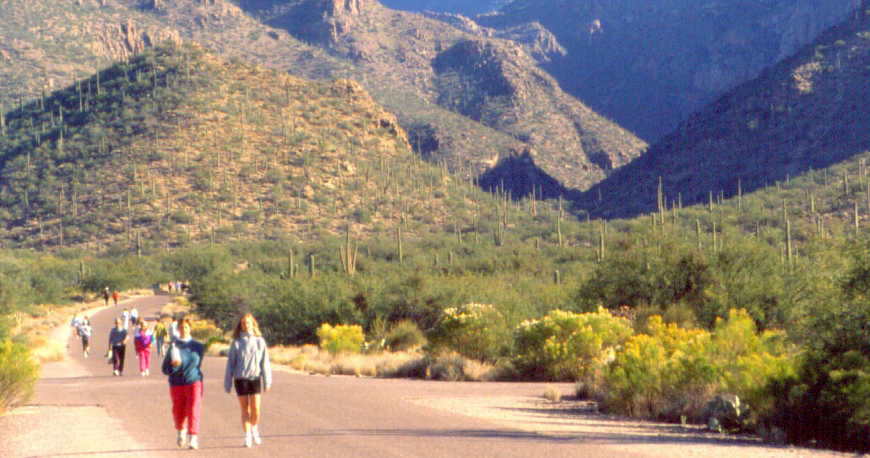 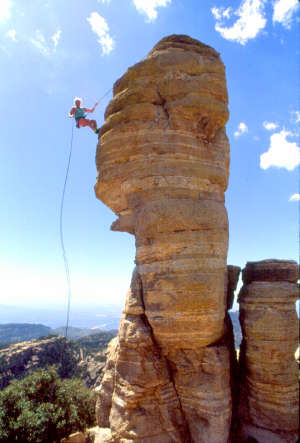 Catalina State Park is completely surrounded by Coronado National Forest on the west side of the Santa Catalina Mountains between Tucson and Oracle. The State Park is jointly managed by the US Forest Service and Arizona State Parks.

Chiricahua National Monument in the Chiricahua Mountains and Coronado National Memorial (on the border with Mexico) are also surrounded by the National Forest. 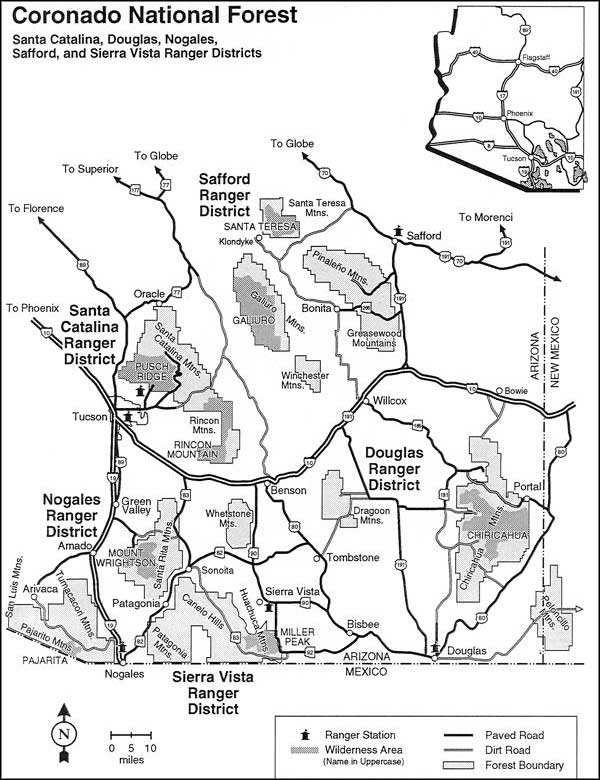 Dispersed camping is allowed almost everywhere on Coronado National Forest, except where no camping signs are posted. The list below is of the Developed Campgrounds, the ones that usually have better restrooms and usually have drinking water available (and usually charge fees for use).

Coronado National Forest has quite a few good picnic areas. They are all in the mountains, in areas where there's good views. Some picnic areas give direct access to hiking trail heads. Not every picnic area in the list below has drinking water on site. There's only one or two that offer any kind of horse facilities. And not every picnic area has restrooms, but most do. If this list isn't long enough, take a look above at the camping areas list: there's quite a few picnic areas on that list that aren't on this list.

The list below is not nearly a complete list of all the hiking trails available on the Coronado National Forest. This is only a representative sampling. You won't know what's there until you go there and see for yourself.