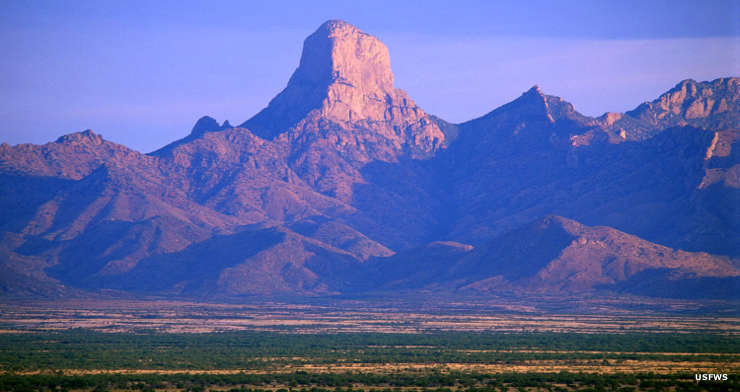 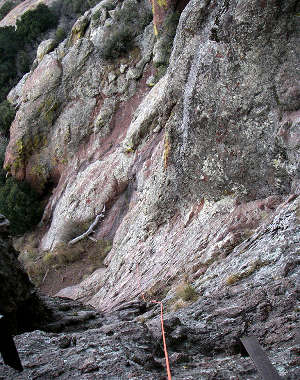 The smallest wilderness area in Arizona, Baboquivari Peak Wilderness is a 2,065-acre property located along the eastern flanks of the Baboquivari Range. This is spectacular rugged countryside dominated by the sheer form of Baboquivari Peak (7,730'). Baboquivari Peak is the only major peak in Arizona where a climber needs equipment and technical ability to reach the summit. Most folks come to climb the mountain. Access is easier from the west but to the west is the Tohono O'odham Indian Reservation and hikers/climbers will need permission from the tribe to access the wilderness and/or the peak. That might be problematic as the Tohono O'odham believe the peak is the navel of the Earth, that place where the Earth opened up and allowed the people to emerge after the Great Flood. They tell a story, too, of early Spanish Conquistadores coming to Baboquivari to dig for gold, only to have the Earth open up and swallow them.

For those who come to climb the peak: there have been so many pieces of hardware left stuck in the rock the BLM doesn't allow the placing of new hardware. So while you're on the face, you need to thoroughly test every bit metal you think you might want to use before you use it. 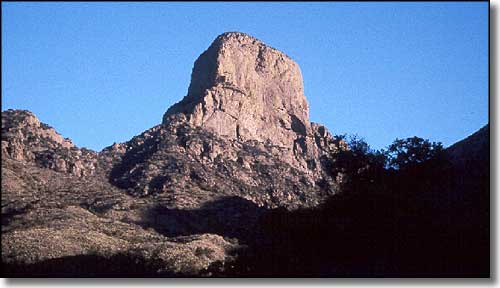 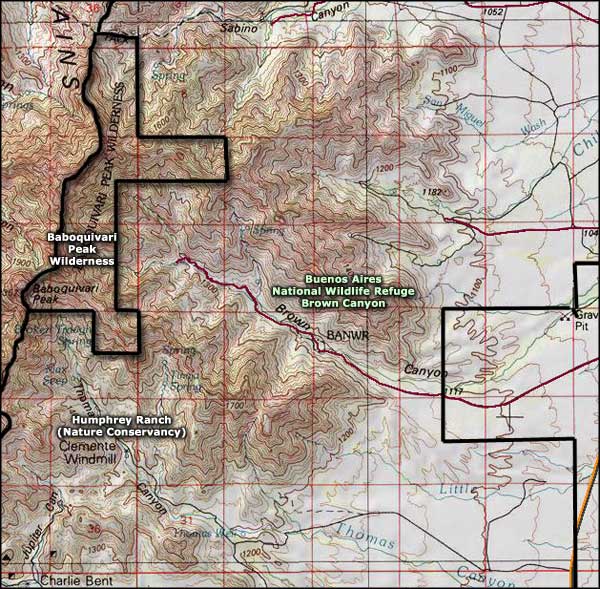 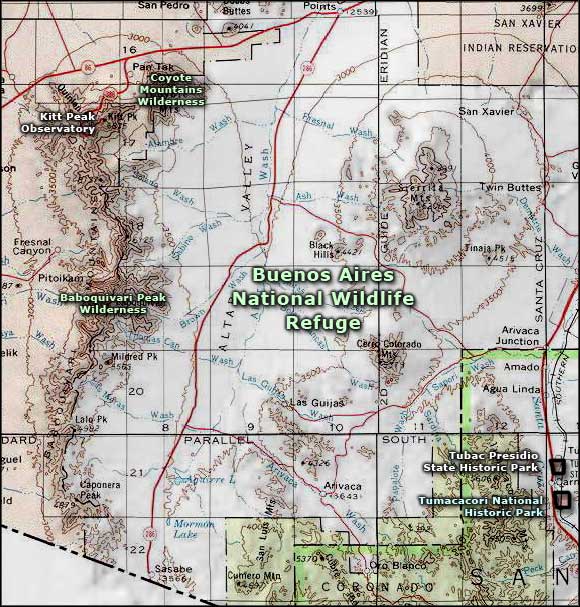