There are 11 National Wildlife Refuges in Alabama (although Grand Bay NWR is shared with Mississippi and Eufaula NWR straddles the Georgia state line). Three of these properties are located along large water impoundments, two on the Gulf Coast, one on a former military base... and the Watercress Darter NWR is small (23 acres of woods and ponds), but large enough to provide a safe place for the endangered watercress darter in that place where the tiny fish was first discovered and the only place it has left to try to survive. 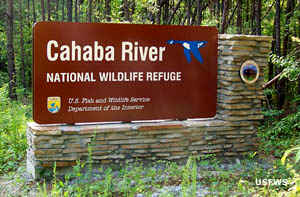 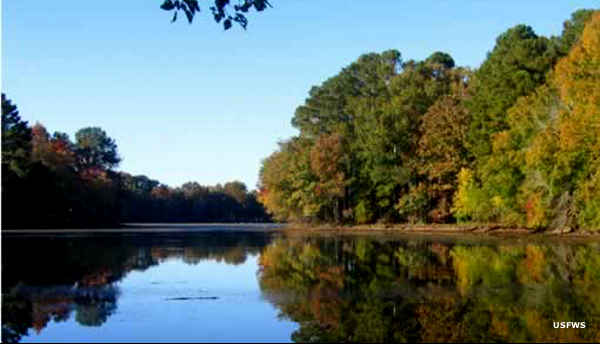 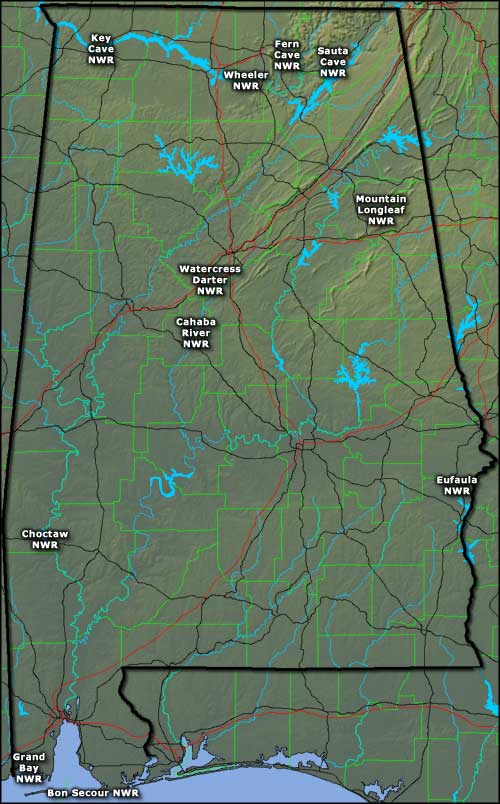