In the Encampment River Wilderness

Encampment River Wilderness is a 10,124-acre property in the Medicine Bow Mountains of southern Wyoming. The wilderness primarily contains a 15-mile stretch of the upper Encampment River and the canyon that surrounds it. At the northern end of the wilderness, the property is about five miles wide, at its southern end, less than one mile wide. When hiking in, the first five miles in the lower part of the canyon are fairly easy going but the ten miles in the upper part of the canyon are significantly harder.

The river is a mix of wild rapids and easy floats. The fishing for rainbow, brown and brook trout is pretty good. Hunters will find elk, mule deer, black bear, pronghorn antelope and Rocky Mountain bighorn sheep in the area. Most larger vegetation in the wilderness is sagebrush and that can be quite dense in spots. The length of the river is a riparian zone and you'll find cottonwoods, willows and some pines along the river banks. In the old days, homesteaders and miners tried to settle in the canyon and you'll still find the remains of old cabins and detritus of small mining operations.

Depending on the season (and last winter's snowfall), the river varies from twenty to maybe forty feet in width. It's never very deep and can usually be fished in hip waders. In late spring and early summer, the lower sections of the river are usually deep enough for kayaks, canoes and rafts.

The upper end of Encampment River Wilderness is accessible from near Hog Park Reservoir (which can be reached via FSR 550). The lower end of the wilderness is on BLM property just outside the town of Encampment. The BLM's Encampment River Campground is close to the river there (accessed from Encampment via Wyoming 70 to CR 353 to BLM 3407) with eight developed campsites (picnic tables, fire rings, tent pads, parking, no pull-throughs) and a vault toilet. The trailhead for the lower end of the Encampment River Trail is at the campground. Campsites cost $10 per site per night, day use and parking for hiking the trail are free. The access road is steep and often muddy. Trailers have an extremely hard time because there isn't much space to turn around in. Primary use season: June 1 through mid-November. 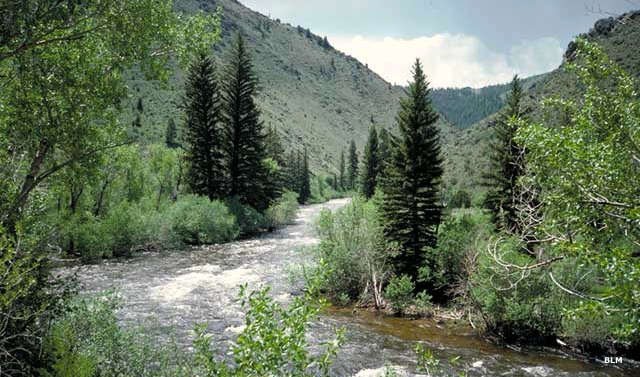 In the Encampment River Wilderness 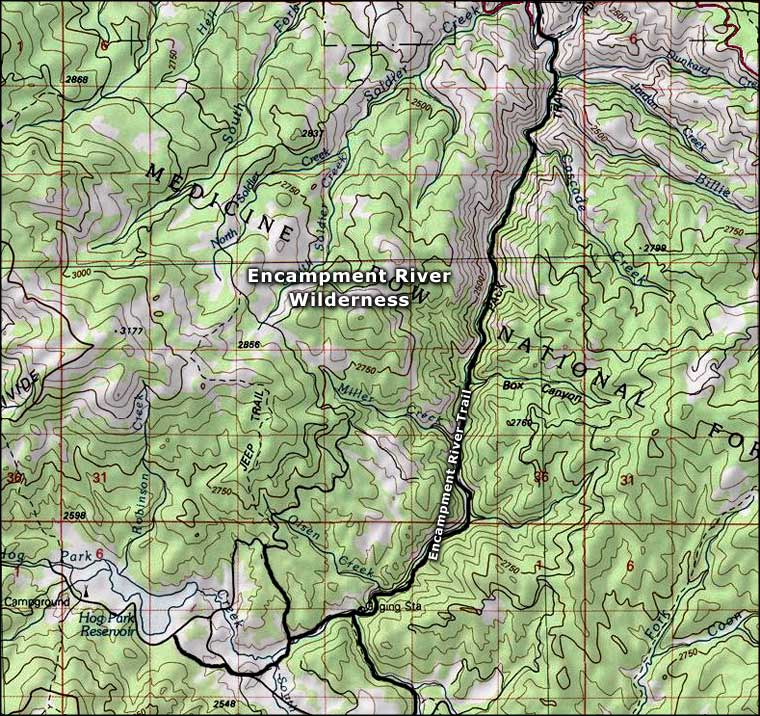 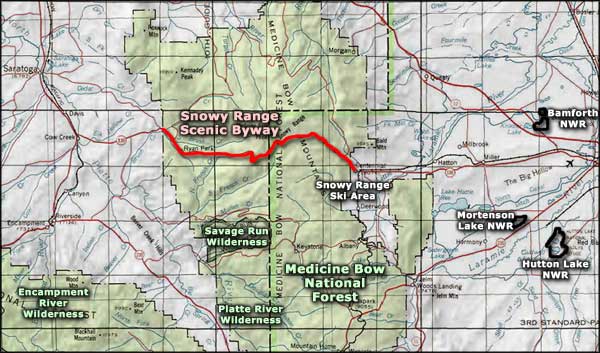