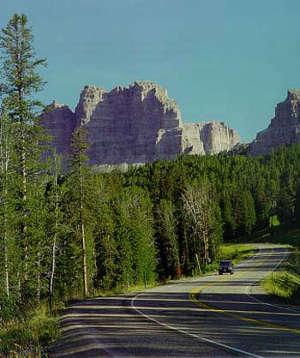 The Centennial Scenic Bway is a 163-mile route through Bridger-Teton National Forest, the National Elk Refuge, Grand Teton National Park and Shoshone National Forest connecting Pinedale, Jackson and Dubois, Wyoming. Along the way you'll pass near the Bridger, Gros Ventre, Teton, Washakie and Fitzpatrick Wildernesses. This is a fully-paved but off-the-beaten-path route through some of the most scenic countryside in North America. The entire route is within the Greater Yellowstone Ecosystem, one of the largest relatively undisturbed montane and forest ecosystems on Earth.

Pinedale is in the heart of the old Mountain Man country with the Museum of the Mountain Man just outside town. Back in the early days of the fur trappers and explorers, several rendezvous were held in this area. This was the land of William Sublette, Jim Bridger, Tom "Half-Hand" Fitzpatrick, Jedediah Smith and countless others, all famous for their parts in exploring and opening up the American West. Traders would make the journey from St. Louis and set up at the chosen location with all their wares, drinks and supplies and trade with the trappers and local Indian tribes. A rendezvous would be a three-to-five day party where the folks would re-connect, share stories, maps and news and re-stock for another year in the wilderness. There is still a Mountain Man Rendezvous held every year, west of Daniel.

The Centennial Scenic Byway travels across Bridger-Teton National Forest through historic Hoback Canyon to Jackson, skirting the southern edge of the Gros Ventre Wilderness before entering Jackson Hole, the valley at the foot of the famous Grand Teton Mountains. Just outside Jackson is the National Elk Refuge, prime winter habitat for thousands of Rocky Mountain elk. The Snow King Ski Area is on the southern edge of town, Jackson Mountain Resort to the northwest. In different seasons Jackson offers a film Festival, Music Festival and Arts Festival. There are also more than 40 art galleries and museums in town, including the National Museum of Wildlife Art (with 14 galleries of sculpture, paintings and other works about two miles north of town). In Jackson you'll also find everything you might need for exploring the exquisite countryside around town.

About 15 miles north of Moose is the junction with US Highways 26 & 287 where the Scenic Byway turns east to enter Bridger-Teton National Forest and cross over Togwotee Pass (the Continental Divide - 9,658'). At the summit of Togwotee, you'll enter Shoshone National Forest and begin the long slow descent to Dubois. In Dubois you'll find the National Bighorn Sheep Interpretive Center with displays and exhibits featuring the bighorn sheep found in the mountains, forests and deserts of the western United States. 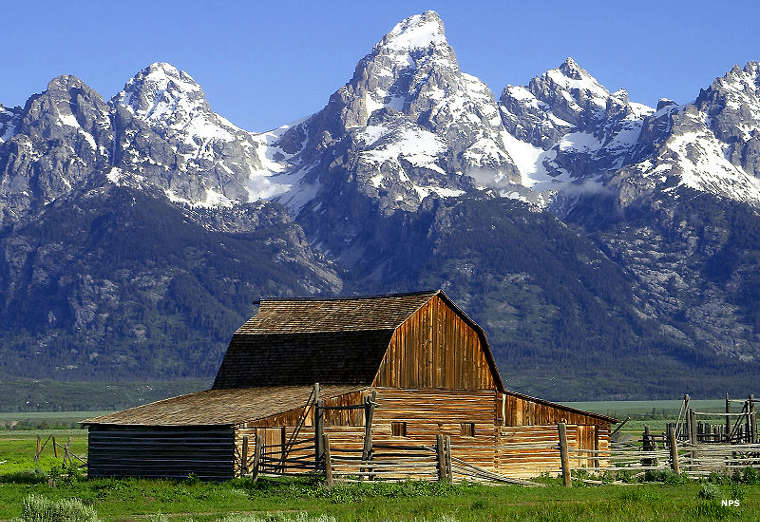 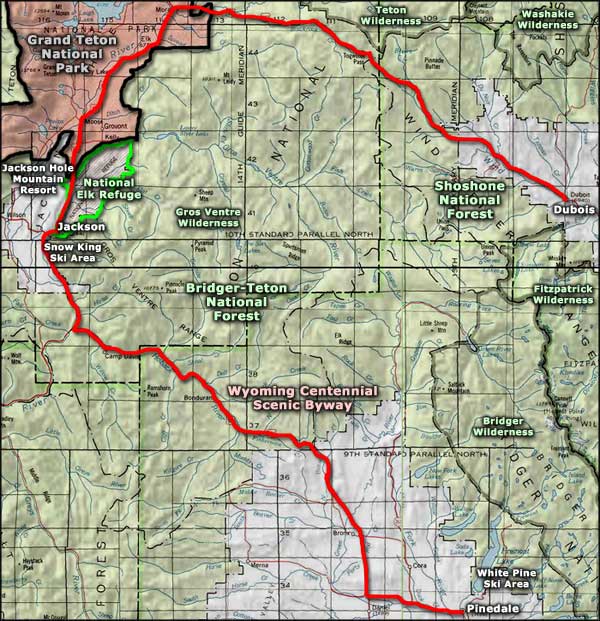