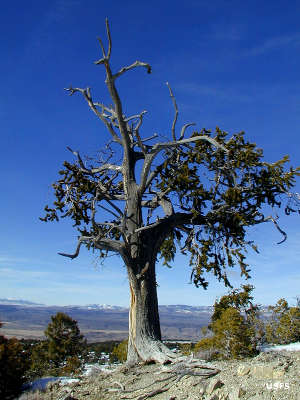 Fish Lake Scenic Byway follows Utah Highway 25 for 13 miles through Fishlake National Forest as the road wraps around Fish Lake, one of Utah's premier fishing spots. Fish Lake is about 2,500 acres in size (making it the largest mountain lake in Utah), sitting in a spot formed by the shifting of geological faults (a fault block drop (graben) between the fault line along the north side of the Mytoge Mountains and another along the south side of Fish Lake Hightop Plateau). The lake itself is about 8,850' in elevation but some of the mountains around it exceed 11,000'.

During the last Ice Age, this part of Utah was covered with glaciers. In the area around Fish Lake you'll find evidence from those days in the dry lake beds (that were once filled with glacial meltwaters), high mountain cirques and gravel moraines.

Around Fish Lake are several private resorts, located here because the fishing and hunting in the area are world class. Fish Lake Lodge itself is a historic site built between 1928 and 1932 completely of logs. At 80' by 320', it's still one of the largest all-log constructions in the United States. Being a very popular spot in the heart of Fishlake National Forest, there are trailheads and campgrounds all through the area. Hunters start breathing heavy when they see how many deer, elk, moose and black bear live in these woods.

Fish Lake and nearby Johnson Valley Reservoir are known to produce Mackinaw trout up to 30 pounds in size. The lakes also contain Rocky Mountain whitefish, rainbow trout and splake. 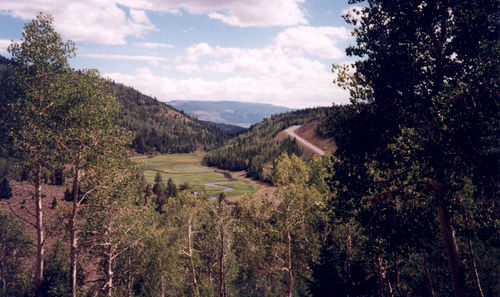