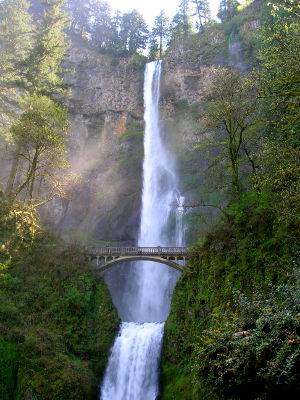 Luther Cressman found evidence of human habitation in the Fort Rock area of Oregon that dated to 13,200 years ago. By 8,000 BCE, there were settlements scattered across much of the state. By the time the first European explorers arrived in Oregon, the Native American groups had formed into the Bannock, Chasta, Chinook, Kalapuya, Klamath, Molalla, Nez Perce, Takelma and Umpqua tribes.

Lewis and Clark traveled through the area in 1804-1805 and wintered at Fort Clatsop, near the mouth of the Columbia River. 1811 saw the Brit David Thompson navigate the Columbia River and claim the whole area for England. That same year, John Jacob Astor of New York sent men west to build Fort Astoria at the mouth of the Columbia. During the War of 1812, Great Britain gained control of the area, only to see a joint British-American occupancy established in 1818. The British held de facto control of the area until emigrants from the eastern states started to arrive via the Oregon Trail in 1841. In 1846 a border was established between the British and American interests at the 49th parallel (the border between Washington State and British Columbia). Oregon Territory was officially organized and recognized by Congress in 1848, and became the State of Oregon in 1859 (admitted to the Union with a "whites only" clause in the state constitution to try to avoid the controversy between "free" and "slave" states).

Mount Hood from the north 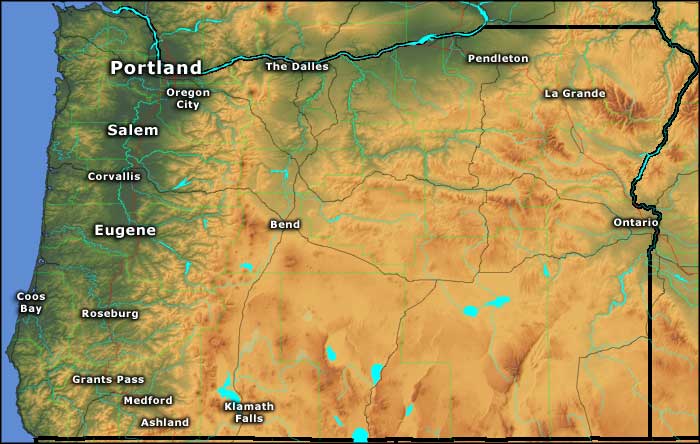