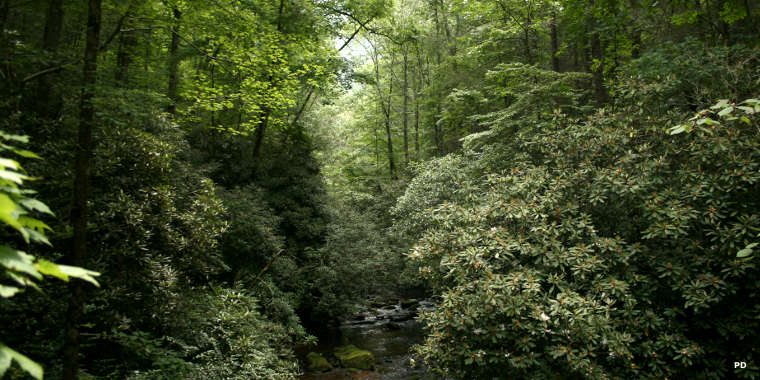 The name comes from a surveyor named Andrew Ellicott who ventured into the woods back in 1811 and located the point at which Georgia and North Carolina come together. He then chiseled that location into the face of a rock just above the Chattooga River waterline. Another expedition came along years later and decided to chisel their findings into a rock about 10 feet to the south, a rock protruding from the river just above normal waterline. That rock is named "Commissioners Rock." Getting to either of the rocks requires wading or fording the river, something that no one recommends as the river is quite treacherous in the area and has swallowed more than a few victims.