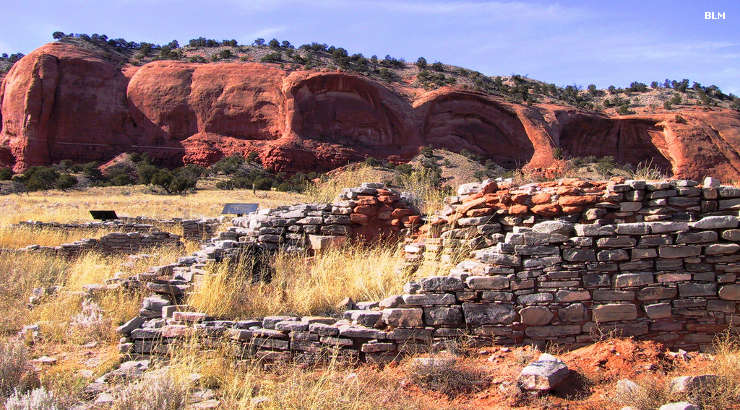 There are evidences of human habitation here going back more than 10,000 years. The Grants Lava Flows are surrounded by the Acoma, Zuni and Laguna Pueblos and the Ramah Navajo. These tribes still visit El Malpais to gather plant materials, pay respect to their ancestors and renew ties with each other.

As far as services go, the El Malpais National Monument allows primitive camping but you need a free permit. The National Conservation Area is developing a campground. The Narrows Picnic Area (off of NM 117) has 5 picnic tables (one is universally accessible) and 2 vault toilets. At Sandstone Bluffs Overlook there's another picnic table and vault toilet. There's a picnic table and 2 vault toilets at La Ventana Natural Arch. The Visitor Center at the National Monument has a picnic table, drinking water and restrooms. The El Malpais Ranger Station has picnic tables, drinking water and restrooms. Motorized and mechanized vehicles (including mountain bikes) are allowed on the back country roads but not in the wilderness or wilderness study areas.

Elevations at El Malpais vary from about 6,500' to more than 8,000'. This is a semi-desert area where precipitation averages 15" per year, with most of that coming in the summer monsoon season (July, August, September). Winter can see temps down to -20&degF; while summer can see temps in the low 100's. The vegetation is a mix of pinon-juniper and ponderosa pine. Wildflowers don't normally show much here until after monsoon season, although spring can see cactus blooms and some wildflowers. The area sees some mule deer, pronghorns and mountain lions but what you really need to be careful of is the odd rattlesnake.

Vegetation in the lava fields 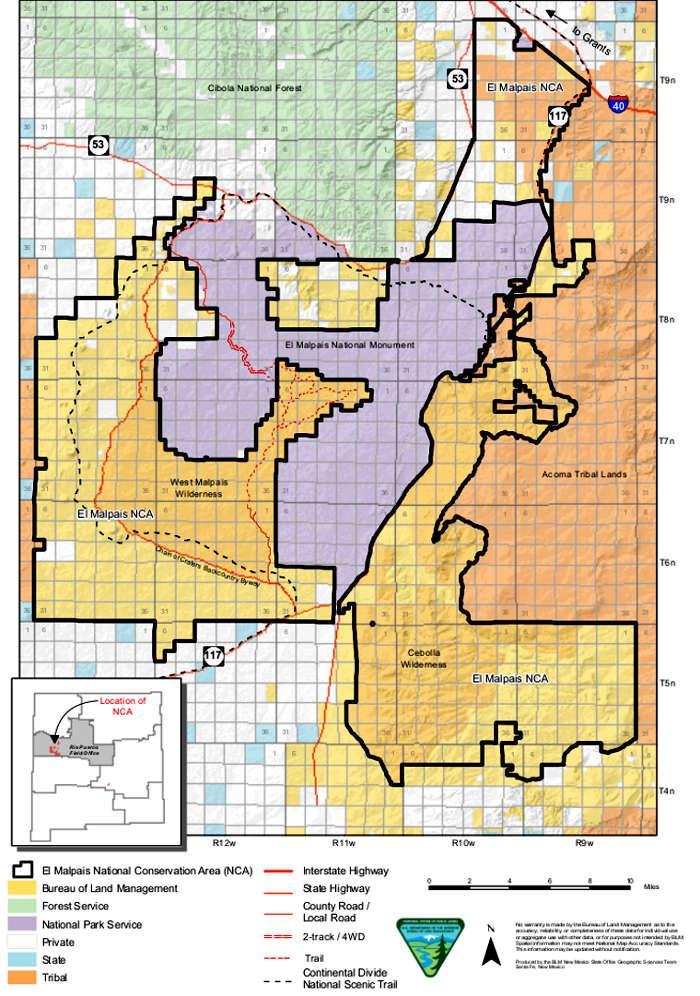 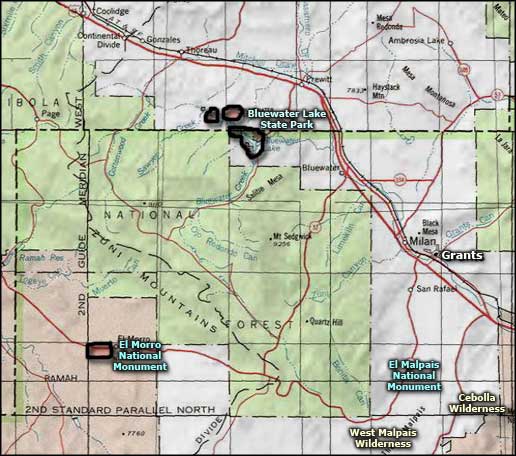