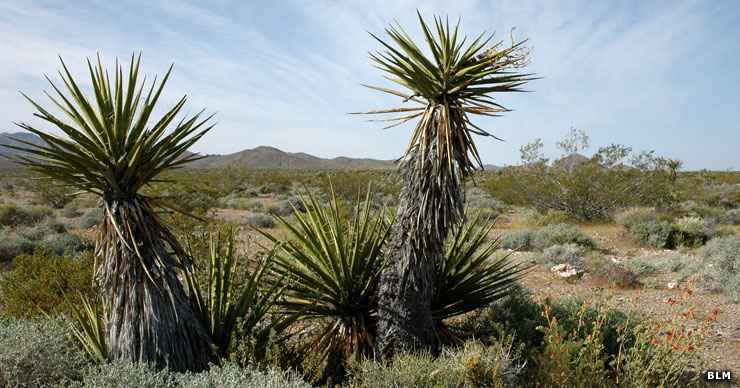 Joshua Trees in the desert of Nevada

The 23,233-acre Lime Canyon Wilderness is about 45 miles east of Las Vegas with the Lake Mead National Recreation Area on its western side. The eastern boundary is along the Gold Butte Backcountry Byway.

This remote area is typical Mohave Desert: gently rolling hills interspersed with rugged drainages, one large narrow canyon and several wide, sandy washes. 2 parallel ridge lines cross the property and widespread faulting and erosion has exposed millions of years of sedimentation and other geology. The highest elevation is 4,406', at the top of Lime Ridge, an upraised, layered formation of materials dating from early Cambrian through the Pennsylvanian carbonate era. There are also some pre-Cambrian metamorphic rocks to the south of Lime Canyon. Lime Canyon itself is an arroyo that cuts along a fault line through Lime Ridge and runs west across the wilderness to drain into Overton Arm of Lake Mead. In the higher areas you'll find spectacular views of the Muddy Mountains to the west and Lake Mead to the south and west.

This is the Mohave Desert: the vegetation is mostly creosote bush, white bursage, catclaw acacia, barrel cactus, buckhorn cholla and small communities of Mohave yucca and Joshua tree. Dpeneding on the time of day, you might be able to spot desert cottontail, black-tailed jackrabbits, desert woodrats, white-tailed antelope squirrels, side-blotched lizards and slow moving desert tortoises: this area is a designated Critical Habitat for them.

Lime Canyon Wilderness was incorporated into Gold Butte National Monument when that was created by an Executive Order in December, 2016.

Along the eastern edge of the wilderness area 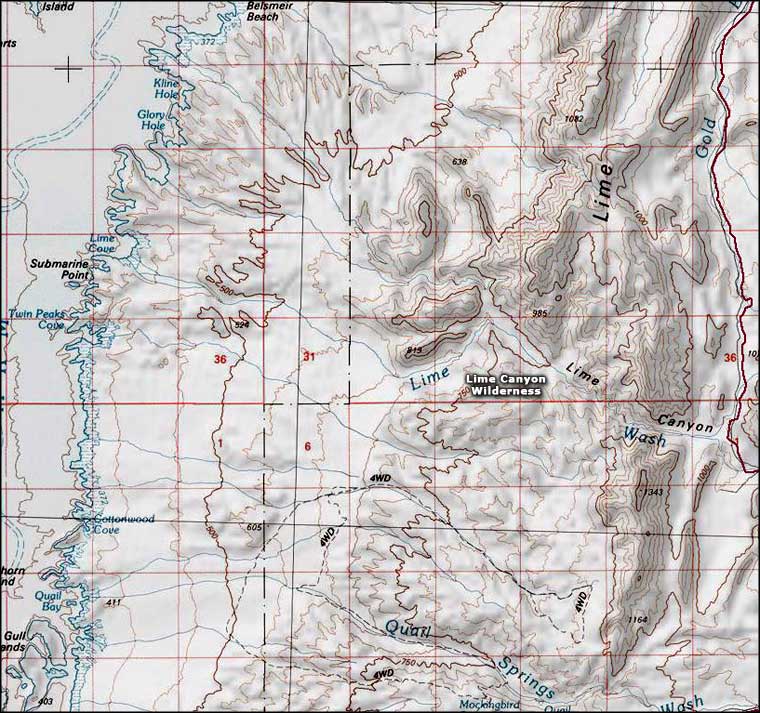 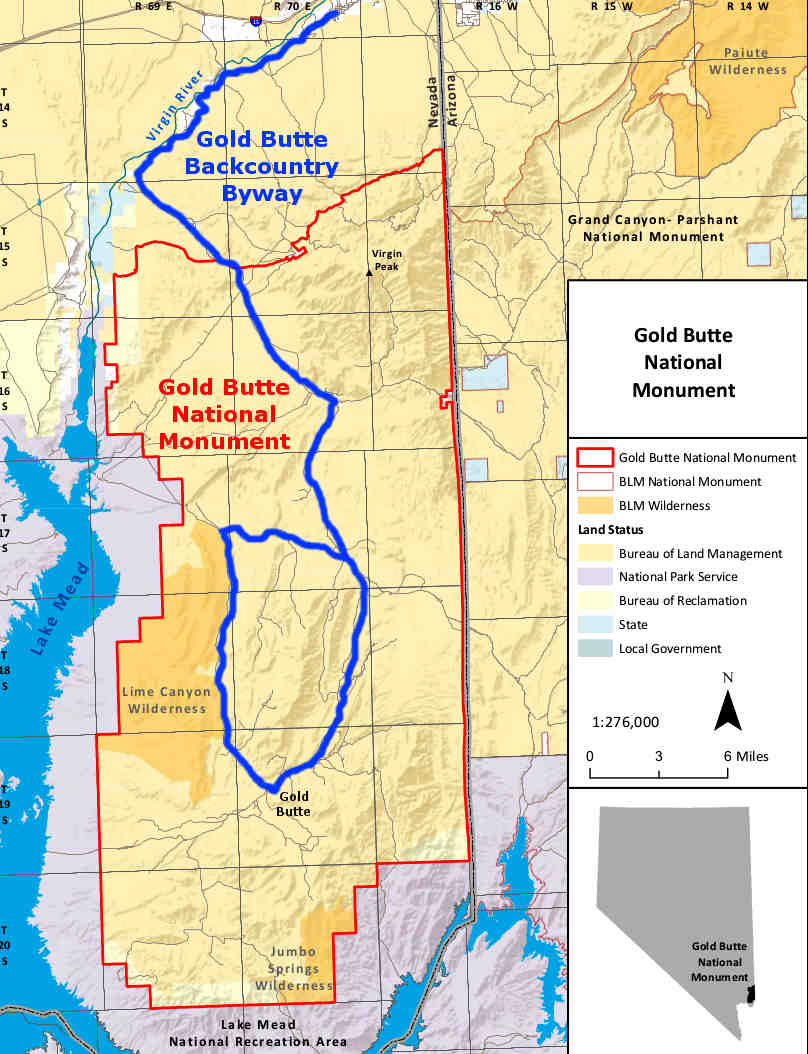 Map courtesy of the BLM