Vegetation is scarce and what little there is is a mix of creosotebush, scrub oak, ephedra, clump grasses and cactus. However, there is enough vegetation and water around to support a few desert bighorn sheep, some bobcats, mountain lions, lots of jackrabbits, a few coyotes and the omnipresent rattlesnakes, lizards, scorpions, tarantulas and chuckwallas. There's even a few desert tortoise around.

Eldorado Wilderness is mostly managed by the National Park Service as most of the property is within the bounds of Lake Mead National Recreation Area, however, that small part of the property on BLM land is administered by the Bureau of Land Management.

A hillside in Eldorado Wilderness 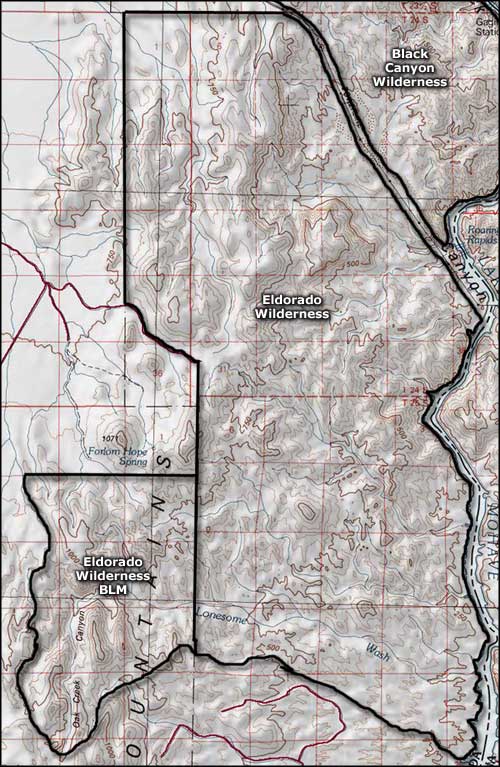