The Bessey Ranger District and Samuel R. McKelvie National Forest are both hand-planted forests on the Sandhills District of the formerly treeless Great Plains. The seedlings that made these forests possible were grown at the Charles E. Bessey Nursery, the Forest Service's oldest tree nursery.

Oglala, Fort Pierre and Buffalo Gap National Grasslands are all mid- and tall-grass prairies, some of the last large tracts that remain of that ancient ecosystem.

150 and more years ago, this whole area was roamed by giant herds of bison, hunted by Cheyenne, Sioux and Kiowa warriors. Then came the great influx of Euro-Americans, bent on settling, taming and making "fruitful" these vast areas of plains and prairies. As much as so many of us were educated to think this is all nothing but empty, treeless flatland, there are some wondrous things hidden in the natural human-unpopulated countryside. 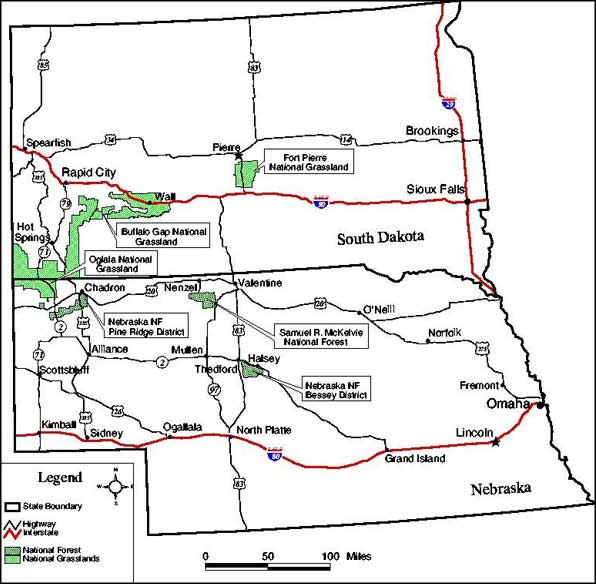