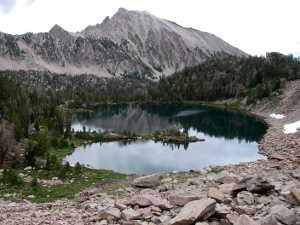 White Clouds Wilderness is a 90,776-acre property mostly within Sawtooth National Forest (about 450 acres on the east side of the wilderness along the East Fork of the Salmon River is managed by the Bureau of Land Management). Hemingway-Boulders Wilderness is to the south, Jim McClure-Jerry Peak Wilderness to the southeast.

White Clouds Wilderness, part of the White Clouds-Boulder-Jerry Peak complex whose wilderness area designation was fought over for years, became an officially designated wilderness via a unanimous act of Congress in August, 2015.

The area was named by early settlers who saw the white peaks rising into the clouds. The geology of the area includes part of the Idaho batholith on the north side, Challis Volcanics in the lower elevations on the eastern and southern sides and a mix of granitics and metamorphosed limestone in the mountains in between (that's where the "white" comes from). D.O. Lee Peak is an alabaster pyramid, one of the more distinguishable landmarks in the White Clouds Mountains. The high point in the wilderness is Castle Peak with a massive summit at 11,815', rising hundreds of feet above everyhting else in the area.

White Clouds Wilderness is criss-crossed by about 57 miles of trails, most leading to (or passing by) many of the numerous high elevation lakes the area is renowned for. In the higher elevations a visitor will see many more small lakes in the alpine regions, reachable only by traveling off-trail.

This area is the headwaters drainage of the Salmon River and comprises the highest elevation spawning grounds for steelhead trout and salmon in the lower 48 states. The streams are also crucial habitat for native west-slope cutthroat trout, bull trout and other species. Wildlife in the area includes mountain goats, bighorn sheep, mule deer, elk, moose, mountain lion, black bear, gray wolf and wolverine.

A view from high up in the wilderness 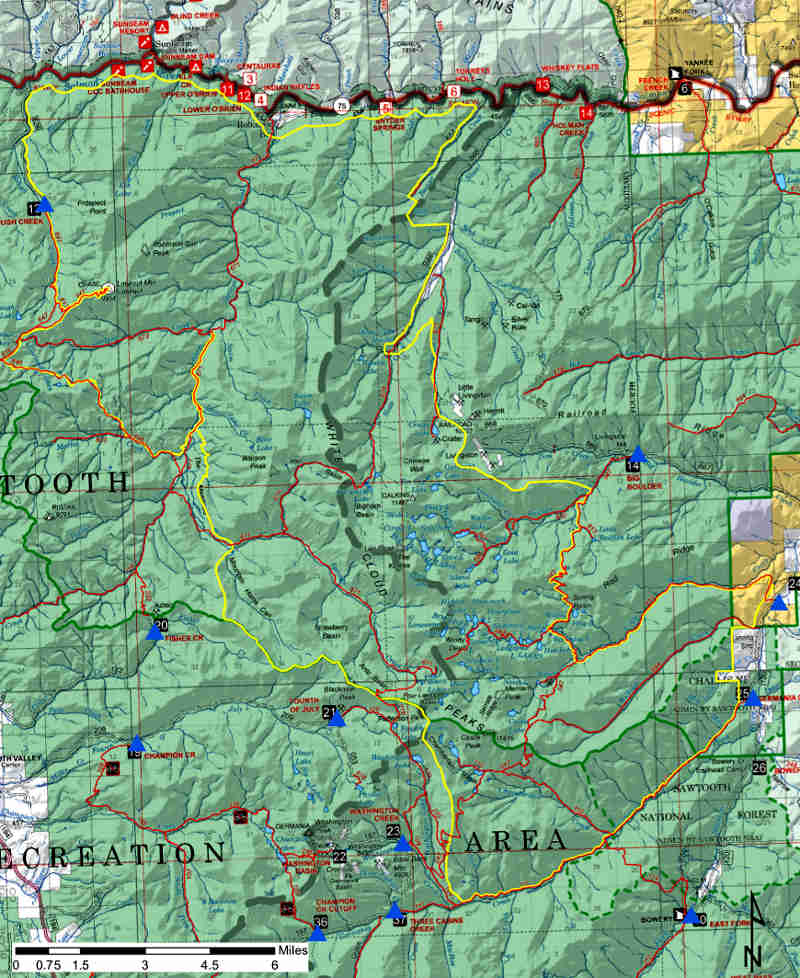