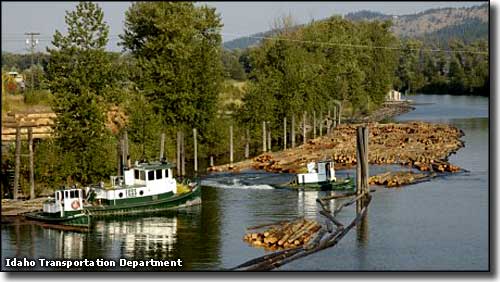 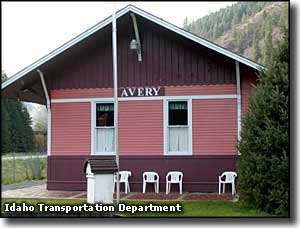 The St. Joe River has the distinction of being the highest-elevation navigable river on Earth. The St. Joe River Scenic Byway is an 89-mile route that mostly follows the river upstream for 75 miles, almost to its headwaters in the Bitterroot Mountains, before turning north and ascending the mountainside to the Bitterroot crest. The road is two-lanes and paved all the way, except for that last 14 miles. The route to Avery is open year-round but beyond Avery, it isn't plowed in the winter and may be closed by snow from November to May. The upper part of the St. Joe River is a designated Wild and Scenic River that attracts plenty of whitewater enthusiasts and fishermen in season.

St. Maries was established primarily as a logging town and timber has been the main business for many years. The vast forests east of town have provided plenty of timber and the majority of that timber has made it to the sawmills in St. Maries by floating down the river. The timber business was good when shipping was done on steamboats that plied Lake Coeur d'Alene but really picked up when the railroad finally arrived in the early 1900's. The route of the St. Joe River Scenic Byway is along the old railroad grade east, over roads built by the logging companies in the early twentieth century.

The Marble Creek Interpretive Site is a great place to stop along the route and learn about the history of logging in the area in the early days. There's an informational kiosk with maps and restrooms at the site. There are also displays of early logging technology and some of the lifestyles enjoyed by the early timber men. 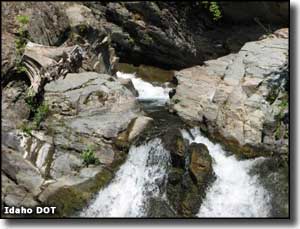 There's a place east of Marble Creek where you can turn south on Forest Service Roads 321 and 3357 and go to Hobo Cedar Grove. This is an incredible 240-acre site with ancient western red cedars towering above a lush carpet of green ferns. There is an interpretive trail available there to lead through this world-class botanical site filled with virgin timber up to three thousand years old.

The next stop on the St. Joe River Scenic Byway is at Avery. Originally, Avery was homesteaded by Sam Williams in 1894. Then the railroad came through and in 1917, a depot was built there as Avery became a division point for the Milwaukee Road. It was at Avery that locomotives were switched from electric to steam (and later diesel) for the run up the hill and over the mountains into Montana (and vice versa for westbound trains). The original depot is now the Avery Railroad Museum with a refurbished Milwaukee Road dining car in the yard. There are also exhibits chronicling the days of the early railroaders and pioneers in the area. Near Avery is where you'll find the beginning of the Hiawatha Rail-Trail, former route of the Olympian Hiawatha (a streamliner passenger train that ran between Seattle and Chicago). The Rail-Trail is now a 15-mile bike route with interpretive signs along the high trestles and numerous tunnels that eventually lead to the 1.6-mile long tunnel at St. Paul Pass that goes through the mountains and under the state line. 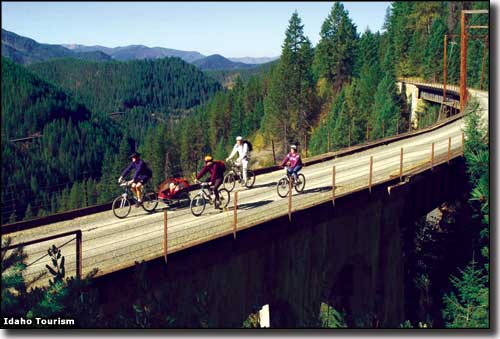