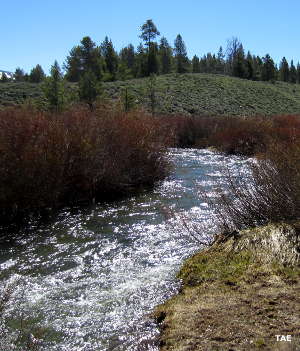 Sawtooth National Forest contains about 1,500 recorded heritage sites: archaeological, cultural and historic sites that reflect our common American heritage going back maybe 10,000 years. And for we who visit, the forest offers everything from the highly developed recreational activities of the Redfish Lake Complex to the incredible countryside of the completely undeveloped and downright primitive Sawtooth Wilderness.

About 96% of Sawtooth National Forest is located in Idaho, the other 4% in northern Utah.

The view across Redfish Lake

President Theodore Roosevelt originally designated the Sawtooth Forest Reserve in 1905. Today, Sawtooth National Forest contains some 2.1 million acres, including some of the most remote forestland in the 48 contiguous states. There are more than 3,000 miles of streams and rivers with more than 1,000 lakes on the property.