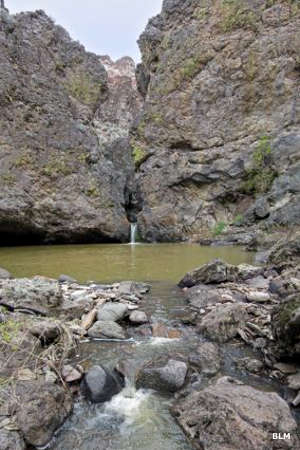 The Owyhee River is the principal drainage in southwestern Idaho. Along with the Bruneau-Jarbidge River systems, the Owyhee River drainage contains the largest concentration of sheer rhyolite/basalt cliffs in the western United States. The Wild and Scenic River designation covers about 67.3 miles of the river, from the upstream boundary of Owyhee River Wilderness to the Idaho-Oregon state line.

Spring waterflows bring brownish high water and rich riparian vegetation. Summertime low flows are usually tinted into light green and brown channel colors and expose the whitish stream-bottom gravel and boulders. The Owyhee River and its East Fork are best floated in the spring and early summer (except in high snowmelt years). Most of the river is classed I or II but there are a few sections in the South Fork classed III and IV. Most folks who explore the side canyons along the way do so on foot from various of the landings along the Owyhee. There are also several easily-reached put-ins/take-outs along the river.

A product of extensive volcanic activity during the Miocene Epoch (24 to 5 million years ago), the region is part of the largest concentration of sheer basalt/rhyolite canyons in the western United States. Other rivers in the Owyhee Uplands drainage area also designated Wild and Scenic include Battle Creek, South Fork of the Owyhee River, Deep Creek, Dickshooter Creek and Red Canyon Creek.

In the middle of the East Fork of the Owyhee 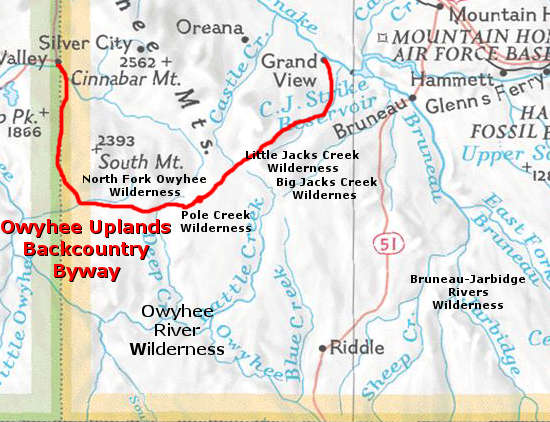 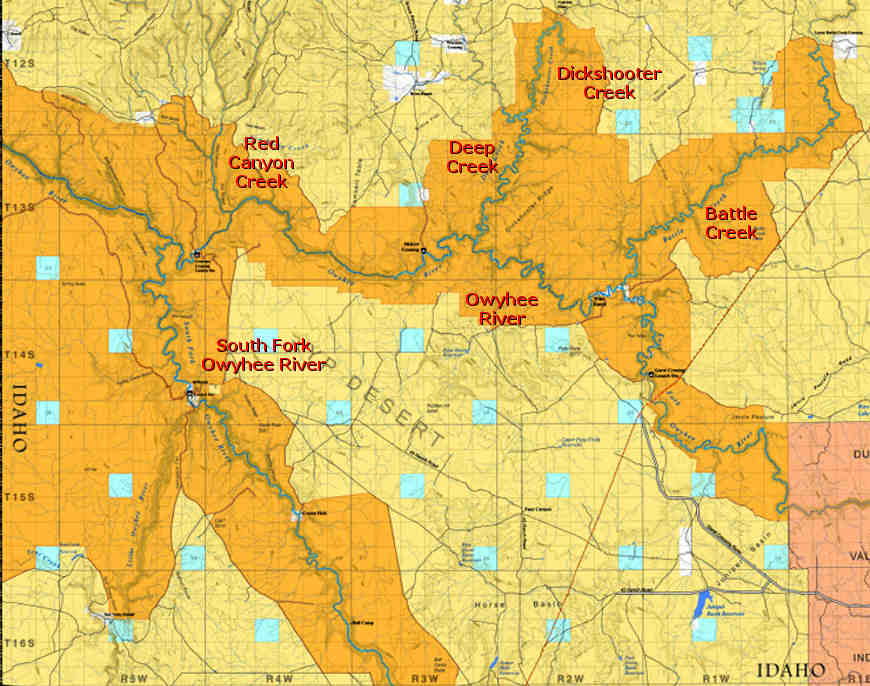