Nez Perce Country
"We fish in rivers our Grandfathers fished in long before the arrival of Columbus. We dig roots in meadows our grandmothers dug before the rise of the Roman Empire. We live in the place our ancestors called home before the Great Pyramids of Egypt were built. We did not travel here; we are of this land. We did not declare our independence; we have always been free." - Nez Perce Tribal Executive Committee 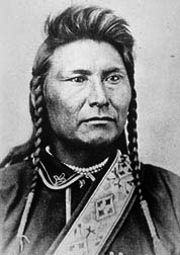 Nez Perce National Historical Park is composed of 38 sites spread across four states. The National Historic Park commemorates the fateful run of several hundred members of the Nez Perce tribe under Chief Joseph in the summer and fall of 1877. And the whole story came about because the American Government was simply unable and unwilling to enforce (or live up to) the provisions of several treaties they signed with the tribe.

The Nez Perce had lived in the Washington, Oregon, Idaho and Montana area for thousands of years. When Europeans first brought horses to North America and set them free, the Nez Perce were among the first to collect them and learn to ride. They became superior horsemen, in addition to being superior warriors. But they were a peaceful people. The Nez Perce were among the first to solicit missionaries to come into their villages and teach. When their homelands were invaded by hordes of miners and ranchers, they were patient as they attempted to get justice from the Federal government. In the end, though, they finally couldn't take any more double dealing, treachery, broken promises and outright abuse.

In June, 1877, several hundred (maybe 700 total, of which maybe 250 were warriors with the rest women and children) Nez Perce followed Chief Joseph as he tried to make his way to Canada (they were hoping to at least get decent treatment and food fit to eat from the Canadians). The US Army was in hot pursuit almost immediately. The first battle of the Nez Perce War was fought at White Bird Battlefield in Idaho. The US Cavalry lost that first engagement, suffering 60 dead in the process. However, that battle set the Nez Perce firmly on their path. 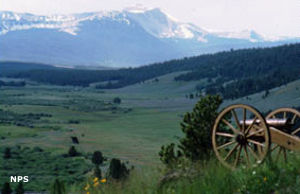 A couple weeks later there were a couple small skirmishes with Army troops near what is now Cottonwood, Idaho, then General Howard and his men crossed the Clearwater River and tried to take the Nez Perce by surprise. They failed miserably. The Nez Perce stopped for a while near Wieppe Prairie to gather food, then went over the Lolo Trail and Lolo Pass into Montana Territory. This route is now known as the "Magruder Corridor," a two-track 4WD road that separates the Frank Church-River of No Return Wilderness from the Selway-Bitterroot Wilderness.

On August 9, 1877, the Army again attacked the Nez Perce. This was an early morning surprise attack at what is now known as Big Hole National Battlefield. The Army suffered 29 dead and 40 wounded but the Nez Perce lost more than 90 men, women and children during the fight, many of them still asleep in their tents when the attack began. The main party of Nez Perce narrowly escaped, leaving a contingent of warriors behind who held the military back for 24 hours while the others got away. 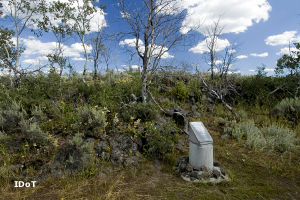 The tribe then traveled south and crossed the Beaverhead Mountains back into Idaho, going to Camas Meadow to harvest camas root as their people had done for hundreds of years previous. While at Camas Meadow, they stole some 200 horses and pack mules from the Army, temporarily halting their advance. Then the Nez Perce made their way into what is now Yellowstone National Park and tried to lose their followers.

A couple days later they emerged on the east side of Yellowstone and headed for the Crow Reservation. The Crows were old friends but weren't able to take the Nez Perce in without endangering themselves. So the Nez Perce turned north from there and headed for the Canadian border. They were held down a couple days at what became known as Bear Paw Battlefield when the Army stumbled across them. They fought valiantly for five days, in a place that offered them almost no cover. The last few warriors they had left fought the Army and their cannons to a standstill, then a nasty blizzard struck. At that point, Chief Joseph decided he and his people had had enough. They were 45 miles short of the border when he lay down his rifle and surrendered. As he was negotiating with the Army, several other members of the tribe slipped away in the blizzard and made it to freedom in Canada.

The fighting had lasted four months, the tribe had traveled 1,170 miles. As soon as the snow stopped falling, the tribe was loaded onto rail cars and transported to Indian Territory (Oklahoma). In 1885, they were allowed to return to their ancestral homelands and Chief Joseph died on the Colville Reservation in 1904. He was then buried in a private place, a place which now has great spiritual significance for the tribe.

The Nez Perce War started because of flagrant abuse of the tribe's land by white settlers and the refusal of local law enforcement and the military to protect the tribe. There was also the problem of corrupt Indian agents giving the tribe spoiled flour and other food, and not even enough of that to meet the quotas guaranteed in the treaties: the Nez Perce were literally starving to death. If they had been allowed to go to those places where they had traditionally gone for years to get food in times of need, there wouldn't have been a problem. But the good white folks thought grazing cattle was more important than feeding starving Indians... 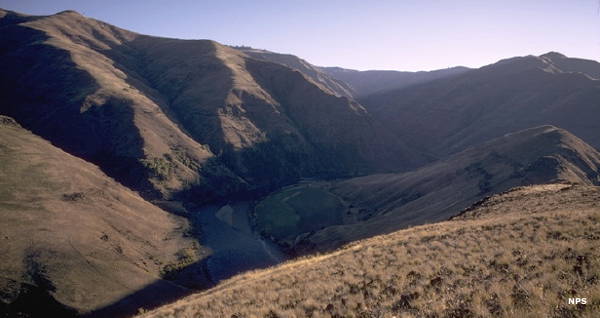