At the south end of Lake Coeur d'Alene, Heyburn State Park is comprised of 5,744 acres of land and 2,332 acres of water. Contained in the park are Chatcolet, Hidden and Benewah Lakes with the St. Joe River meandering along the park's eastern boundary. This was originally part of the Coeur d'Alene Indian Reservation but was separated from the reservation by an act of Congress, dated April 20, 1908 and signed by President William Howard Taft. Many of the park's buildings were constructed by the Civilian Conservation Corps in the 1930's. The CCC also built most of the roads, trails, bridges, picnic areas and campgrounds.

The sunny hillsides here carry a tree cover of mostly tall Ponderosa pines shadowing grasses and wildflowers. The darker northern slopes tend to carry white pines mixed with hemlock and cedar, while the edge of the lake is often a marsh/wetland area filled with aquatic plants and seasonal shorebirds.

The 72-mile paved Trail of the Coeur d'Alenes bike trail crosses Heyburn State Park. Part of the trail is a 3,100' bridge/trestle across the St. Joe River that lands on the other shore of Lake Coeur d'Alene. Bikes are available for rent at the park headquarters. You can also take a regularly scheduled cruise on the lakes aboard a cruise boat named "Idaho." If you bring your own boat, you can get lake access at either the Chat Marina or the Rocky Point Marina. 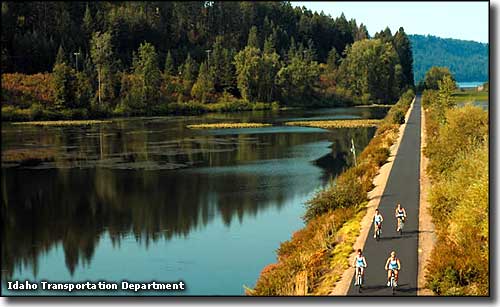 Trail of the Coeur d'Alenes 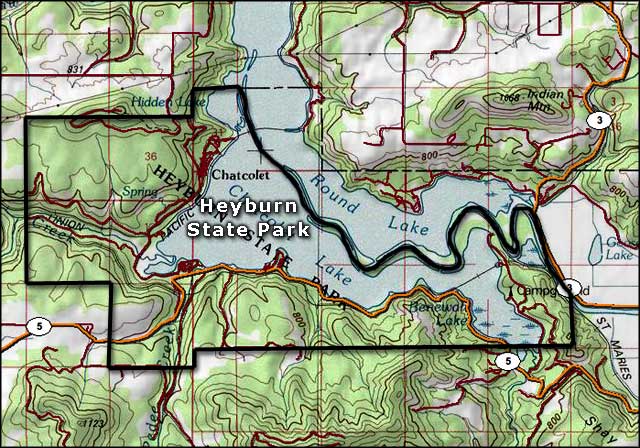