The Boulder Mountains, home of the Hemingway-Boulders Wilderness 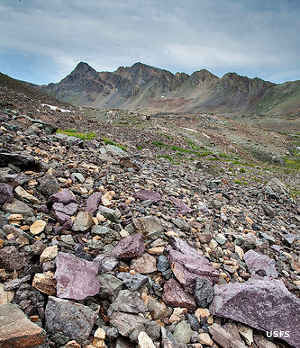 The rock that composes the Boulder Mountains is a mix of everything from pre-Cambrian granite to more recent Challis Volcanics. Technical climbing in the area is made more dangerous by the presence of large amounts of loose, crumbly, rotten rock. That said, there are 12 summits in the wilderness that rise above 11,000'.

Vegetation on the property varies from sage and grasses to dense conifers and aspen to alpine tundra. In much of the area the surface is just barren, glacier-carved rock with many cirques and hidden alpine lakes. Wildlife in the area includes deer, elk, mountain lion, black bear, grizzly bear, gray wolf, fox, skunk, porcupine, wolverine, mountain goat and other smaller mammals.

There are 29 miles of maintained trails in Hemingway-Boulders Wilderness and that's where you'll find most of the humans on the property. While there are massively multiple opportunities to explore the area, the dramatic shape of the landscape can make off-trail travel dangerous and hard. That said, there's even a short accessible trail on the property.

After many years of contention, the Hemingway-Boulders Wilderness was finally designated by Congress in August, 2015. As of early 2017, the Forest Service was still working to formulate a management plan for the area. White Clouds Wilderness is to the north and Jim McClure-Jerry Peak Wilderness to the northeast. Jim McClure-Jerry Peak is separated from Hemingway-Boulders mostly by a narrow road corridor. 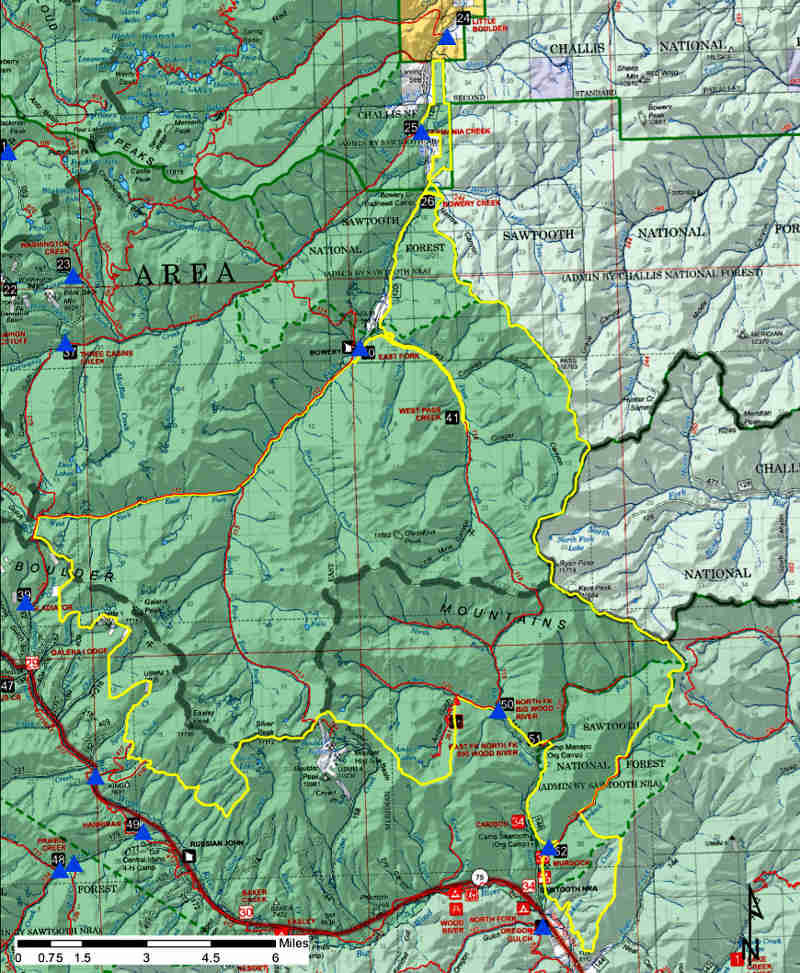 Photos and map courtesy of the US Forest Service