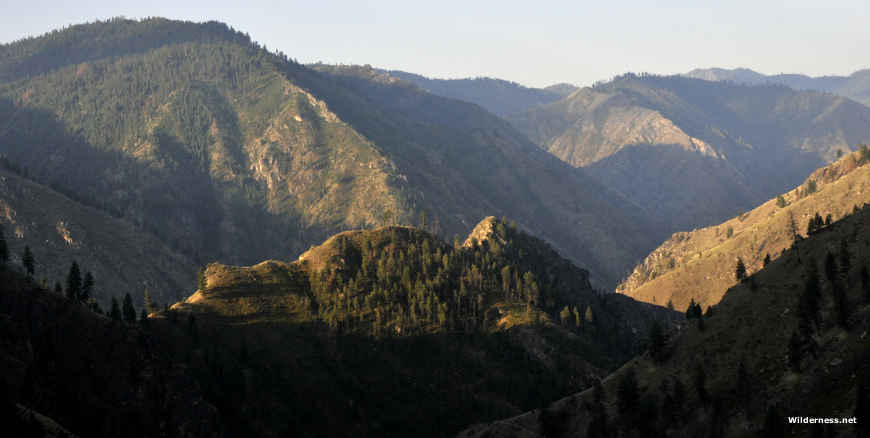 High in the mountains in Gospel Hump Wilderness 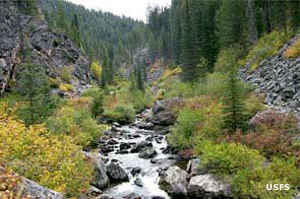 While this was Nez Perce hunting grounds for many generations, the discovery of gold nearby in the 1860's brought a flood of miners that lasted for 40 years. Large quantities of placer gold were first discovered in the 1860's. Over the ensuing years more deposits were found scattered all around the region. More than $100,000,000 in gold had been removed from the river beds and gravels when a large deposit of gold was again discovered in the Buffalo Hump area in 1898. There was another flood of gold prospectors into the area during the Great Depression but most mining in the area was finished by the beginning of World War II. In hiking around, you'll most likely come across decaying evidence of their former presence. 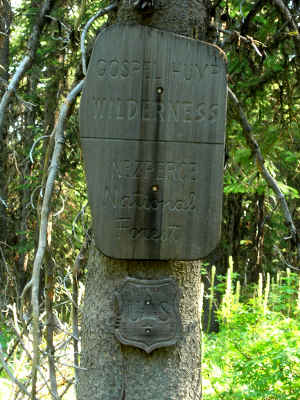 Gospel Hump Wilderness is almost surrounded by the decayed remains of roads that date back to the days of the gold mining legacy. These are seasonal, essentially unmaintained roads that give some amount of access to trail heads in the Salmon River Breaks area. While most of these trails head up into the high country, they are classed as "very challenging" and are often impassable into late July or August because of snow depths. The "access roads" themselves often hold snow into late June, and just because you're out there in July or August doesn't mean it won't snow sometime today...

To get there: Take Forest Service Road #1618 (Salmon River Road) east from US Highway 95 in Riggins to the Wind River Pack Bridge - this will put you at the lowest point in the wilderness in the Salmon River Breaks area. Or take Forest Service Road #354 (Slate Creek Road) south from US Highway 95 in Grangeville for 18.3 miles to FSR #221 (Salmon Road). From there go north on #221 to the junction with FSR #444 (Moore's Gospel Road), then go 12 miles east to Moore's Station. This will put you in reasonably easy hiking through the dense forest south of the South Fork of the Clearwater.

Group sizes are limited to 20 people and 20 head of pack stock. The stay limit is 14 days. 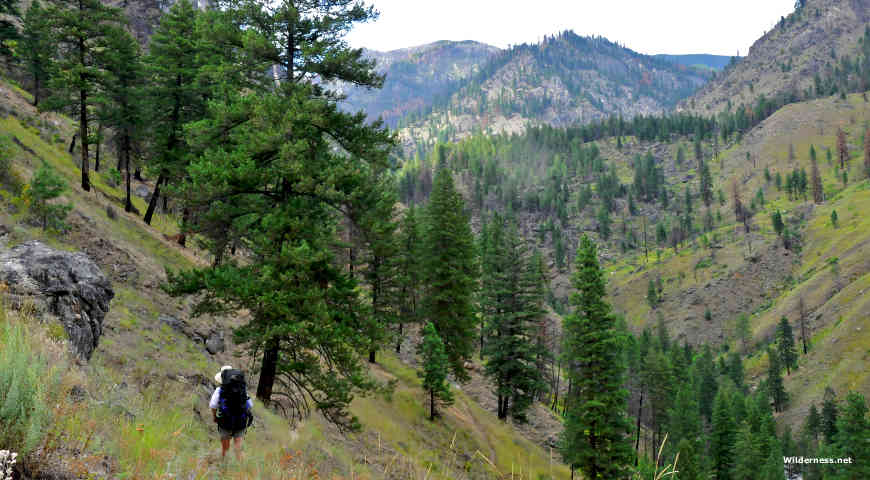