On the trail to Winnemucca Lake 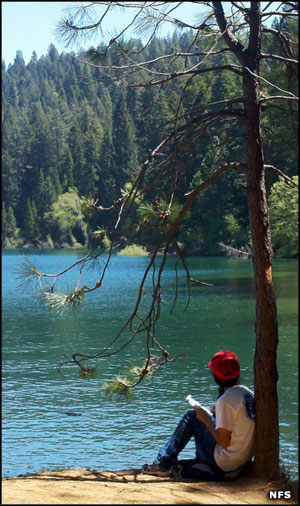 Elevations on Eldorado National Forest range from around 1,000 feet in the western foothills of the Sierras to more than 10,000 feet along the Sierra Crest. The topography is primarily mountainous with deep/steep canyons along the Cosumnes, Mokelumne, Rubicon and American Rivers. Between the rivers are plateaus of generally moderate relief.