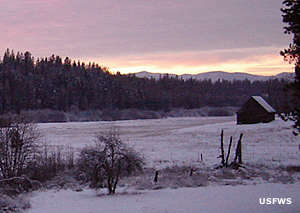 For human visitors, Little Pend Oreille NWR offers fishing, hunting, hiking, horseback riding, mountain biking, snowshoeing, cross-country skiing, photography and wildlife viewing. Unusual among National Wildlife Refuges, Little Pend Oreille offers six established campgrounds, all for free, from April 14 through December 31. The campsites have metal fire rings and vault toilets but no potable water. There are only three established hiking trails available, one of them being an environmental education trail with a trailhead at River Camp, another being a three-mile route that starts near the refuge office.

To get there: Six miles east of Colville on US Highway 20, turn south on the Artman-Gibson Road. Go 1.7 miles to a four-way intersection, turn left on Kitt-Narcisse Road and go 2.2 miles to the fork in the road. Bear right onto Bear Creek Road and go another 3.3 miles to the refuge office. The office is open Monday through Friday from 7:30 am to 4 pm (except Federal holidays). The lands of the refuge are open 24 hours a day, every day, but most of the entry gates are closed to vehicular traffic from January 1 through April 13. 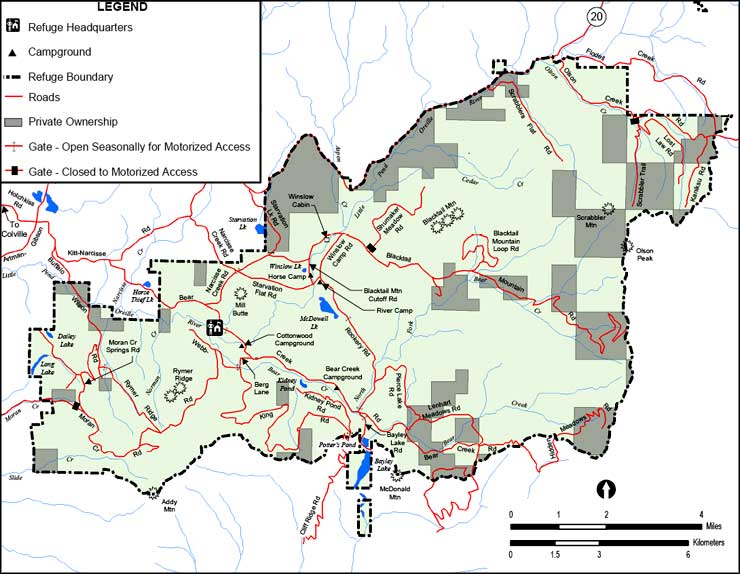 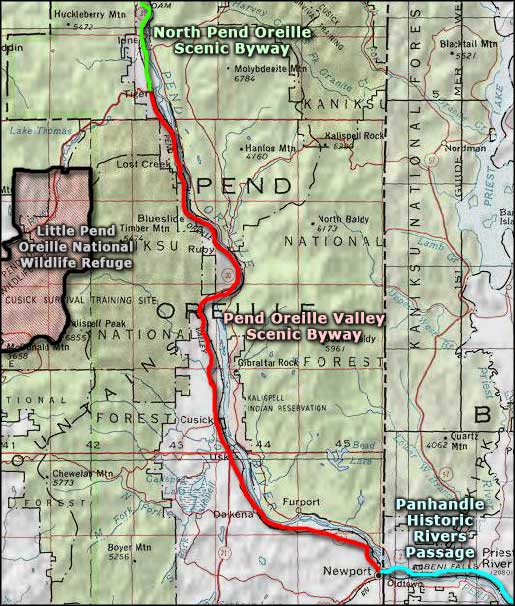