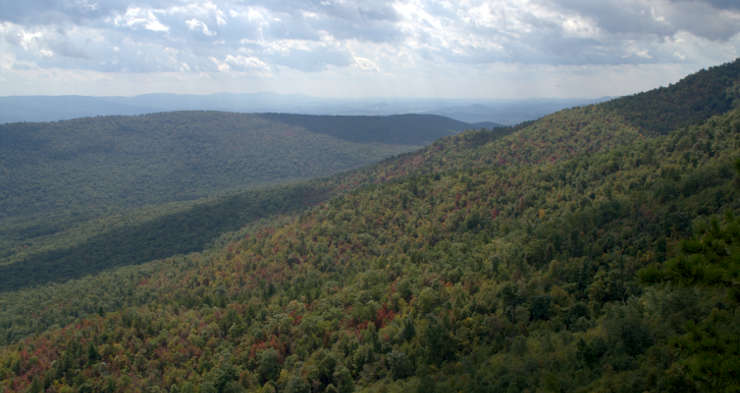 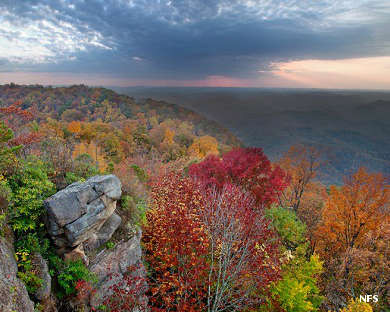 George Washington National Forest is centered around the northern Shenandoah Valley while Jefferson National Forest is to the south, stretching from the Upper Shenandoah Valley westward across parts of West Virginia and into extreme eastern Kentucky on the eastern slopes of the Appalachian Mountains. The dividing line between the two forests is mainly the James River. Combined, there are 1,664,110 acres in Virginia, 123,629 acres in West Virginia and 961 acres in Kentucky. Of the total acreage of the forest about one million acres is classed as remote and is relatively undeveloped. Another 139,461 acres is contained in National Wilderness Areas. About 230,000 acres of the hardwood and conifer mixed forest contains old-growth trees, trees that have never been harvested.

There are more than 2,000 miles of hiking trails in the forest, including about 325 miles of the Appalachian National Scenic Trail. There are also three National Forest Scenic Byways on the property, including the Blue Ridge Parkway. In addition to the Mount Rogers National Recreation Area, the Cascades Day Use Area and the Sherando Lake Recreation Area are very popular. With more than 10 million people within a few hours drive, the George Washington and Jefferson National Forests see a lot of visitors... 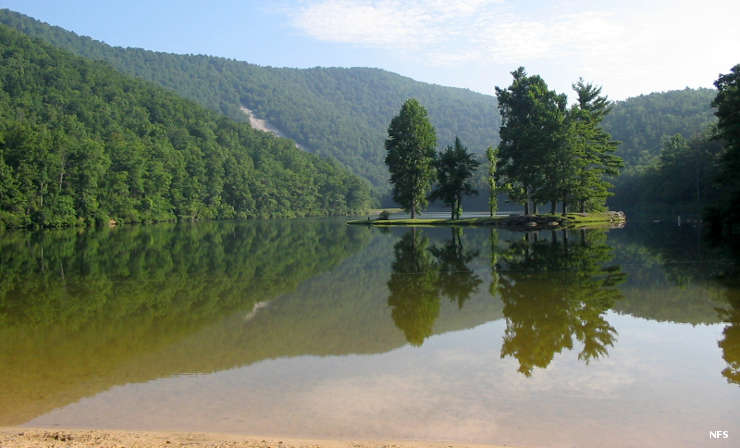 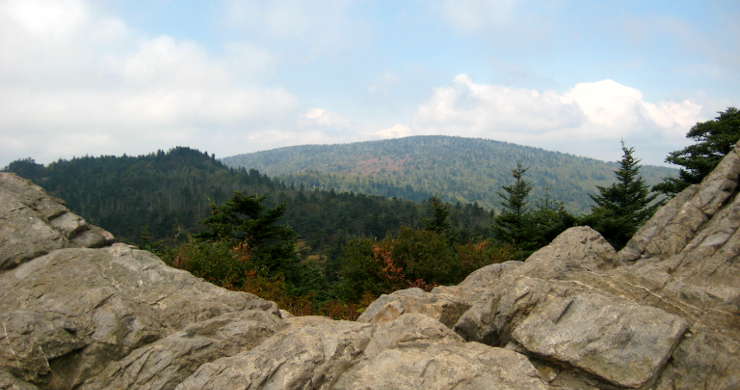 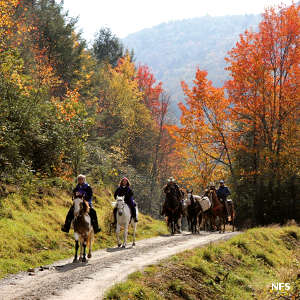 Mount Rogers National Recreation Area was established by an Act of Congress in 1966 and now oversees about 200,000 acres of Jefferson National Forest near the Tennessee and North Carolina borders. Centerpiece of the NRA is Mount Rogers (5,729 feet), highest point in Virginia. Among the more than 500 miles of trails in the area are about 60 miles of the Appalachian National Scenic Trail. The Appalachian National Scenic Trail passes about 1/2 mile below the summit of Mount Rogers but there is a short spur off it that ascends to the top of the mountain. There are also about 67 miles of the Virginia Highland Horse Trail and about 18 miles of the Virginia Creeper Trail. For those who would prefer to drive, the Mount Rogers Scenic Byway offers more than 50 miles of forested and rural views across the entire region.

The Forest Service offers 11 campgrounds in the Mount Rogers National Recreation Area, including four campgrounds set up specifically to accommodate equestrian activities. In addition there are three USDA-FS rental cabins available, but you'll want to reserve well in advance. 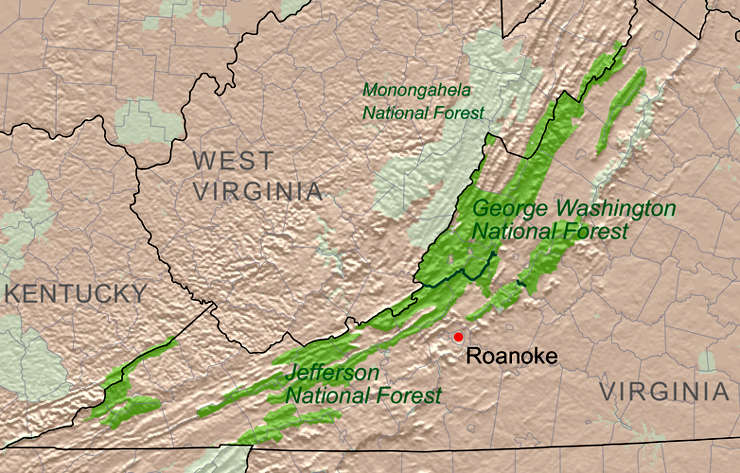