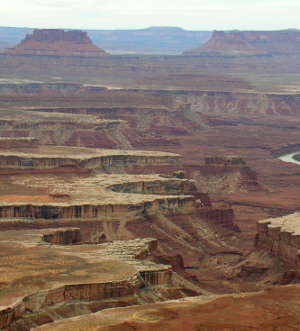 Utah has a long history of human habitation. In some areas the record goes back at least 12,000 years. There was a time after the last Ice Age when northern Utah was flooded by an inland sea of glacial meltwater (Ancient Lake Bonneville). The remains of that today are known as the Great Salt Lake.

About 10,000 years ago, the Desert Archaic people were living in caves around the Great Salt Lake. They were a hunter-gatherer people who wove fishing nets of plant fiber and rabbit skin, used the atlatl and made sandals and gaming sticks. About 3,500 years ago, water levels in the basin rose dramatically and their population fell way off.

Most of the ancient relics we find now are from the time of the Fremont and Anasazi people, contemporaries who traded ideas, methods of construction and certain artifacts with each other. They also left some incredible petroglyphs in places like Newspaper Rock and Horseshoe Canyon.

The Anasazi (Ancient Puebloans) were mostly in the area of the Colorado Plateau: southern, southeastern and eastern Utah. Their culture began to develop around 100 CE and grew until the time of the great drought in the 1200's when they essentially abandoned the area, moving to more stable water sources to the south and southeast.

The Fremont culture developed west of the Colorado River and stretched into Nevada, Idaho and northwestern Colorado. They inhabited areas very close to water sources used by the Desert Archaic folks but their technology and lifestyle was significantly different. Archaeologists have defined the lifetime of their culture as running from about 600 CE to about 1300 CE.

The more modern Native American tribes in Utah are the Paiute, Ute, Shoshone and Navajo. (Perhaps I should spell that "Piute" when referring to anything in Utah as the Utah Legislature passed an ordinance to "correct" the spelling of the name). The Shoshonean-speaking tribes moved in from the southwest beginning around 1200 CE. Over time they differentiated into the Shoshone, Ute, Piute and Goshute, and occupied most of what is now Utah. An Athabascan-speaking people began to arrive in the San Juan Basin area (southeastern Utah) beginning in the early 1500's. The Athabascans came from the Great Plains region, pushed westward by the Arapaho and Cheyenne. Over time this group differentiated into the Navajo and the Mescalero, Lipan and Jicarilla Apache.

The first real penetration of Utah by Europeans was probably the Dominguez-Escalante Expedition in the late 1770's. They left Santa Fe, New Mexico in 1776 on a mission to find a new, better route overland to Monterey, California. They traveled extensively in southeast Utah but when they hit that desert west of Utah's central mountain ranges, they turned back and returned to Santa Fe.

The 1820's and 1830's saw various groups of English, French, American and Spanish fur trappers traveling around the area. The early 1840's saw emigrants working variations of the California Trail in northwestern Utah. Kit Carson guided John C. Fremont across Utah in 1845 as they headed for California. Then the Mormons began to arrive en masse in 1847. 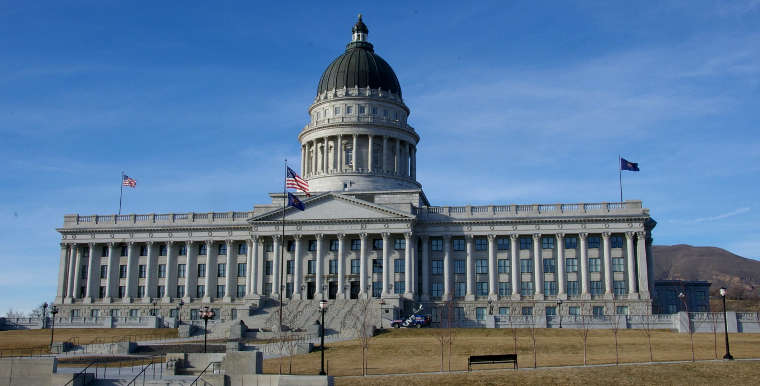 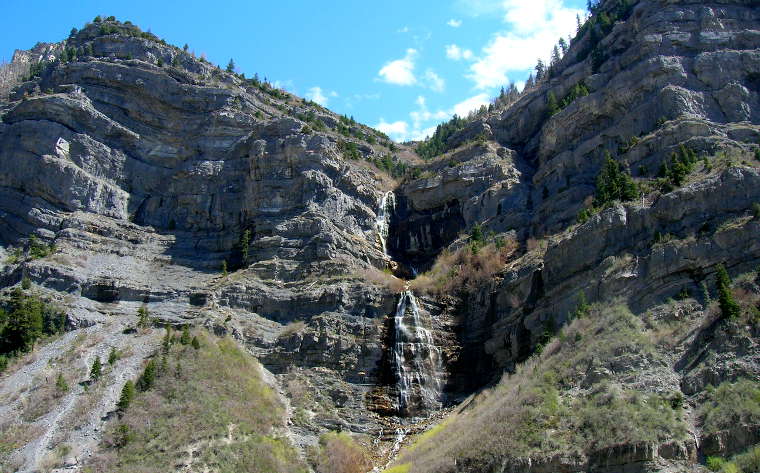 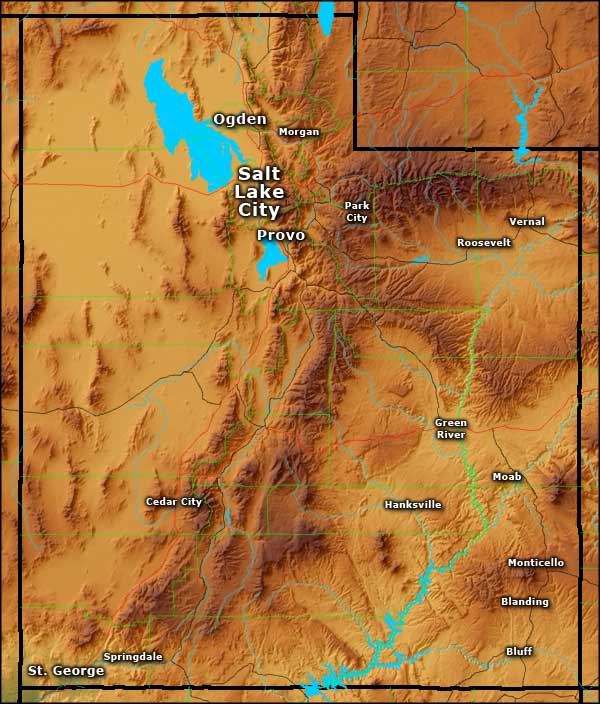