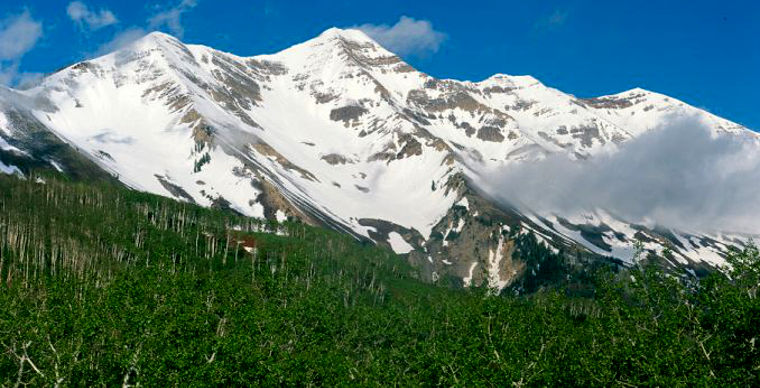 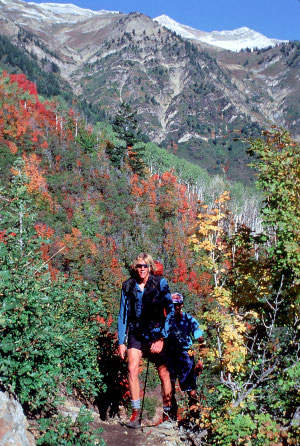 You'll find mule deer, elk, mountain lion, bobcat and black bear in these woods, with rainbow trout in the streams. The lower elevations are covered with sagebrush that gives way to mountain brush (mountain mahogany and scrub oak) to aspen and white fir, then spruce and alpine fir that rise to timberline where the tundra takes over.

Most folks access the area via the Nebo Loop Scenic Byway, a National Scenic Byway. It's near the midpoint of the Nebo Loop that you'll find the trail head for the Mount Nebo Trail. The most easily followed trails lead to the two southern summits, but it's the north summit that is actually the highest (by almost 50 feet).

I drove into the southern end of the Nebo Loop in late May 2017. Photos from that drive are here: Nebo Loop Scenic Byway. Mount Nebo itself was lost in the clouds almost the entire day and beyond the Mount Nebo Overlook, the road was closed: it hadn't been snowplowed yet. At that point I turned around and headed back down, stopping at a couple places I had passed on the way up. The only folks I saw on the road were pulling trailers loaded with snowmobiles, an indication of what was going on in the woods that day.

From the Mount Nebo Overlook 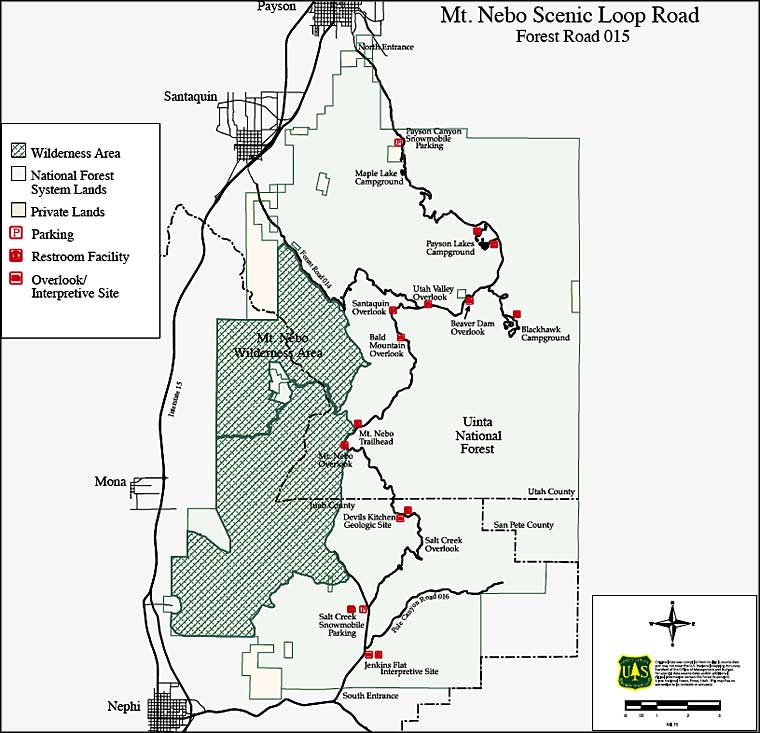