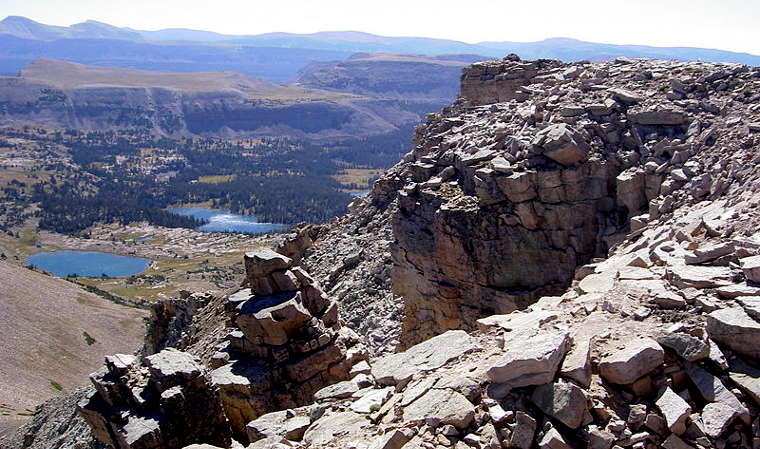 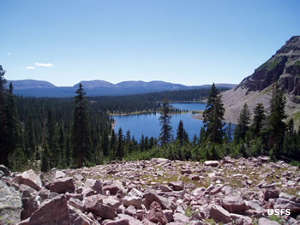 The High Uintas Wilderness is split between the Ashley National Forest and the Uinta-Wasatch-Cache National Forest with 60% of the wilderness (276,000 out of 456,705 acres) on the Ashley. This area is home to many of Utah's highest peaks and, because of the elevation and normal snow load, hiking season here runs from late June to mid-September (although some of the passes may hold snow into July and August).

The Uintas are a huge expanse of uplifted Precambrian rock that has been heavily carved by glaciers over the millenia. The main crest of the mountains runs from east to west for more than 60 miles with massive secondary ridges running north and south, framing numerous glacial basins at the upper ends of deep canyons.

There are hundreds of lakes and streams surrounded by alpine meadows in the glacial basins, these lakes and streams feeding into cold, clear rivers that form the headwaters of quite a few of Utah's largest rivers. This unique alpine eco-system is part of the largest alpine area in the Intermountain West.

Surrounding the wilderness, there are 16 developed trail heads that feed into some 545 miles of designated trails that lead deep into the wilderness and, in season, this wilderness can see some very high usage, especially on weekends and holidays. These trails lead up through large groves of mixed conifers and aspen into the subalpine zone of firs, lodgepole pines and Engelmann spruce before giving way to the large tundra plant communities above treeline.

Because of the relatively high amount of human traffic in this wilderness, there are certain rules and regulations in place to try to protect and preserve the resources: 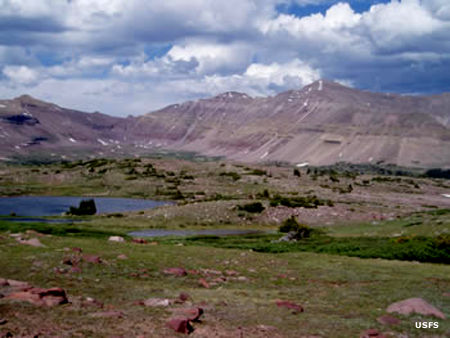 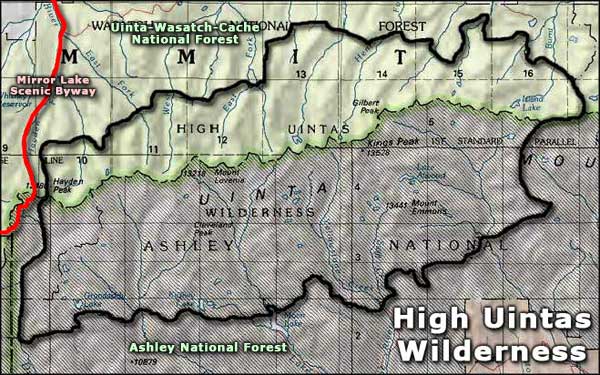