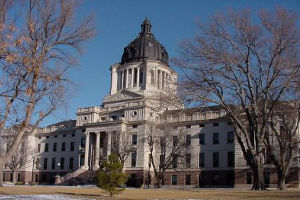 Most folks recognize South Dakota as the home of the Black Hills and Mount Rushmore National Memorial. Then there are the folks who don't recognize much outside of the annual motorcycle rally in Sturgis... The largest city in the state is Sioux Falls, second largest Rapid City. The capital is in Pierre, almost in the dead center of the state but no great center of population. South Dakota is also the site of the famous Massacre at Wounded Knee that took place in 1890 on the Pine Ridge Reservation. There was another armed confrontation at Wounded Knee between members of the Oglala Sioux and the US Marshall's Service in 1973.

Most of South Dakota was originally part of the 1803 Louisiana Purchase, having been claimed in 1743 by the LaVerendrye brothers for France. The Lewis & Clark Corps of Discovery followed the Missouri River across the state in 1803 on their way to spend the winter at the Mandan settlements in North Dakota. Continuous American settlement didn't begin until a trading post was established at Fort Pierre in 1817. Settlement of eastern South Dakota was happening in the 1840's and grew quickly once the Yankton Sioux ceded all their land east of the Missouri River in 1858. Most of western South Dakota was given to the Sioux in the 1868 Treaty of Laramie, but that changed after miners started striking gold in the Black Hills. That led to the Indian Wars in the mid-1870's which ended badly for the Sioux but opened up much of South and North Dakota to incoming homesteaders. Dakota Territory was separated into North and South Dakota and both were admitted to the Union essentially at the same time by President Benjamin Harrison.

The Dust Bowl and the Great Depression contributed to a population drop of 7% between 1930 and 1940. The state recovered during World War II when demand for its agricultural products picked up.

Today, the economy of South Dakota still revolves mostly around its agricultural base and rural lifestyle. For many years, the Black Hills was a hotbed of gold and other mineral prospecting but there's only a couple mines still working in the area. The largest employer in western South Dakota is Ellsworth Air Force Base. Ellsworth was at the center of many of the ICBM missile emplacements in the Great Plains but that effort started to wind down in the early 1990's after the United States and Soviet Union signed the START treaty (to reduce the sizes of their respective nuclear arsenals). There are still missile silos active in the area but Ellsworth is also now home to the 28th Bomb Wing, one of two B-1B Lancer strategic bomber wings in the US Air Force. Total federal government spending in South Dakota makes up more than 10% of the state's economy. Because of "favorable" (ie: the elimination of caps on interest rates) banking regulations, South Dakota is also a center of the financial services (credit card) industry.

Part of the Sioux Falls skyline 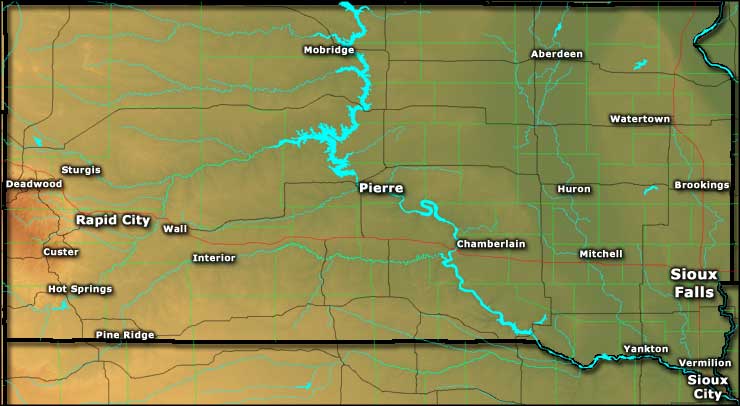