Historic Route 66 Scenic Byway includes some 604 miles of highway in New Mexico. A good part of that is along what is called the Pre-1937 Alignment (in 1937 Route 66 was redrawn on the maps and shortened significantly). For example, the original route ran close to Las Vegas and through Santa Fe but when re-drawn, didn't go near either.

The modern designated byway winds and loops around, crossing and re-crossing Interstate 40 across the state. From that highway you can see most of what travelers on the original route could see. To get the real feel, though, you need to get off and drive through some of the towns and cities and even some of the longer stretches of the old road. And there's just no substitute for the detour through Las Vegas and Santa Fe, although the route up/down La Bajada hill is much different now than the old hairpin switchbacks that made that part of the drive so memorable. 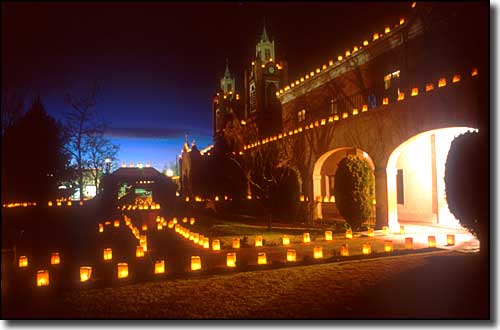 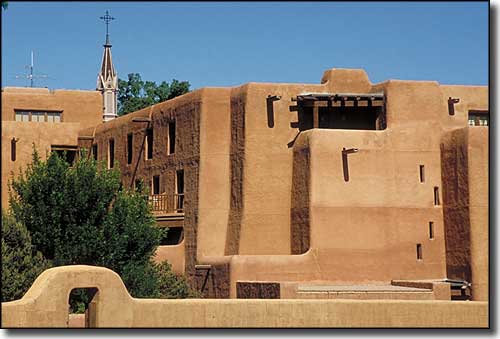 Adobe buildings in Santa Fe, along the Pre-1937 Alignment Route 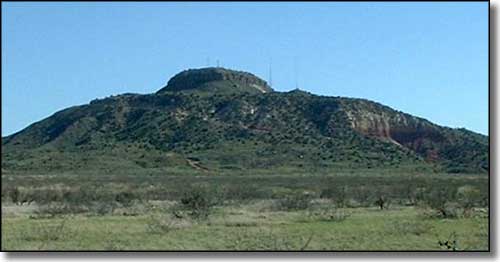 Tucumcari Mountain, on the eastern side of New Mexico along Historic Route 66 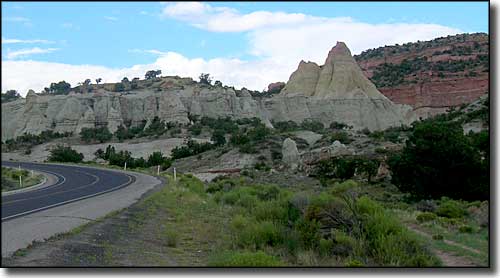